No new self portraiture pics right now, I’m afraid. I have a cyst / lump on my eyelid at the moment which means I can’t really wear makeup. It’s affecting my vision too, which is a little worrying.

I’ve done the usual things – bathing it in warm salty water, but it didn’t really respond to this.

So I went into my local Chemists and asked to talk to the Pharmacist, who gave me some tips (warm compress, cleaning it, etc.) and also sold me some antibiotic eye ointment which I used for 5 days, but it didn’t really improve matters.

I also bought a “Doctor Hilary Jones” eye mask, which you heat up in the microwave and then wear to give a warm compress.

After the 5 day course was up, I then made a doctor’s appointment. The GP was pretty useless, though – she just told me to clean it and use a warm compress, and come back if it didn’t clear up. So, basically, didn’t help at all as I had already done all that.

So I took matters into my own hands a little, and on Friday I booked an eye test at Boots Opticians (who I have used several times in the past, and who have been very good). I was lucky to get a cancellation as they were booked up weeks in advance, for today (a Sunday, surprisingly).

The Optometrist examined my eye, and said “I know what this is, and I know how to fix it”. I have to say that it is always a relief when you hear this. She diagnosed a cyst due to a blocked gland and, better still, manipulated it to drain it, twice (once almost immediately and again near the end of the consultation), and was very positive and knowledgable. She also gave me tips on how to continue to drain it myself. And, as a bonus, didn’t even charge me.

Update: I’ve just had a phone call from the Opticians. They did a pre-screening retinal photograph before my appointment, and have discovered a mole on my retina. They’re sending a referral back to my doctors. This is a bit scary, I have to say. Hopefully it is nothing serious.

In other news, I’ve had a bit of a reorganisation of artwork at home. I have a lot of art and like to move it around from time to time. I also can’t help buying new stuff when I see something I really like, and I’m starting to run out of wall space, which is all the more reason for rotation.

The first is some Art Deco / Art Nouveau style pictures I bought last year that haven’t really got a prominent space yet. I think they work quite well in the corner, along with a standard lamp that I used to have in the lounge. 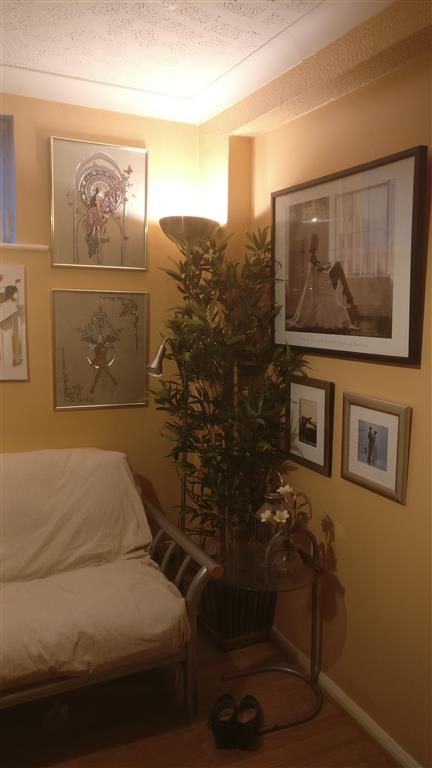 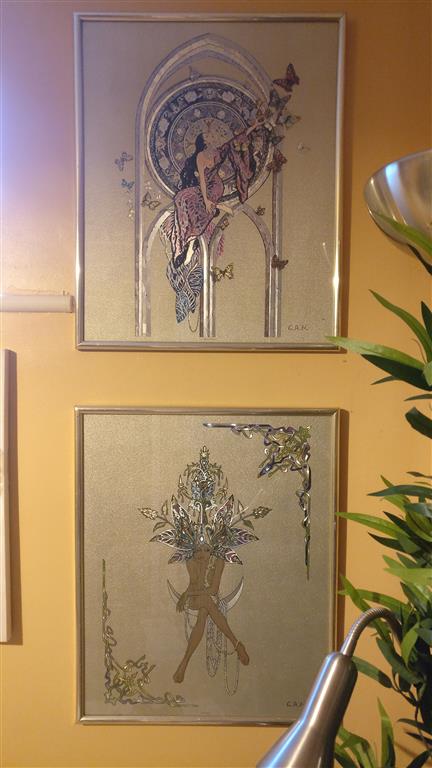 They are signed “C.A.H.” but I have so far not been able to find out anything about them. They’re very shiny and glittery though, with polished white metal frames, which gives them a bit of an 80’s vibe to them. I’d like to find out more about the artist. 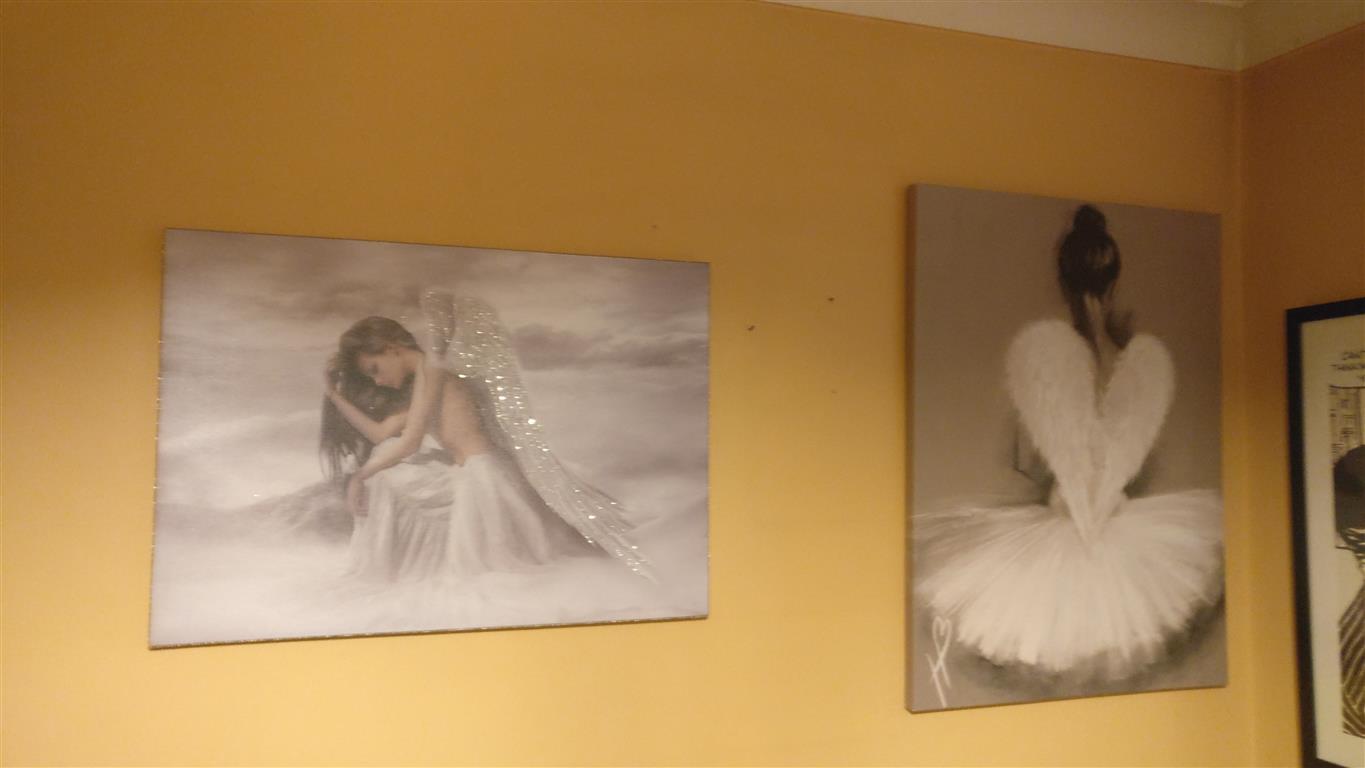 Next I moved my Marilyn Monroe canvas to the bottom of the stairs, where I think it works rather well. 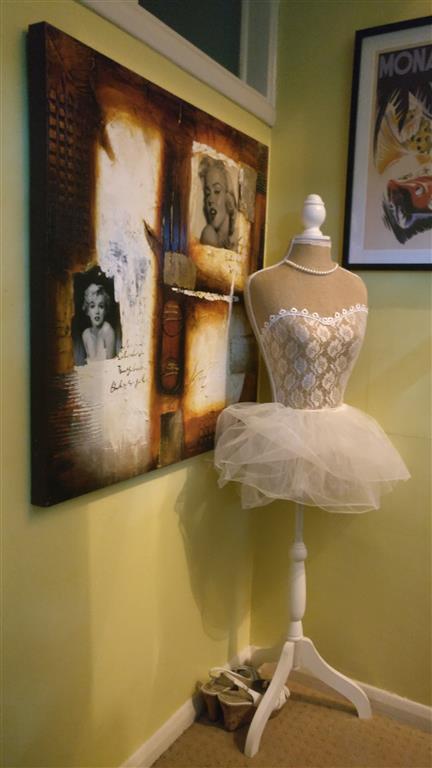 In the space where it was, I put a new canvas that I bought in a charity shop back in August. 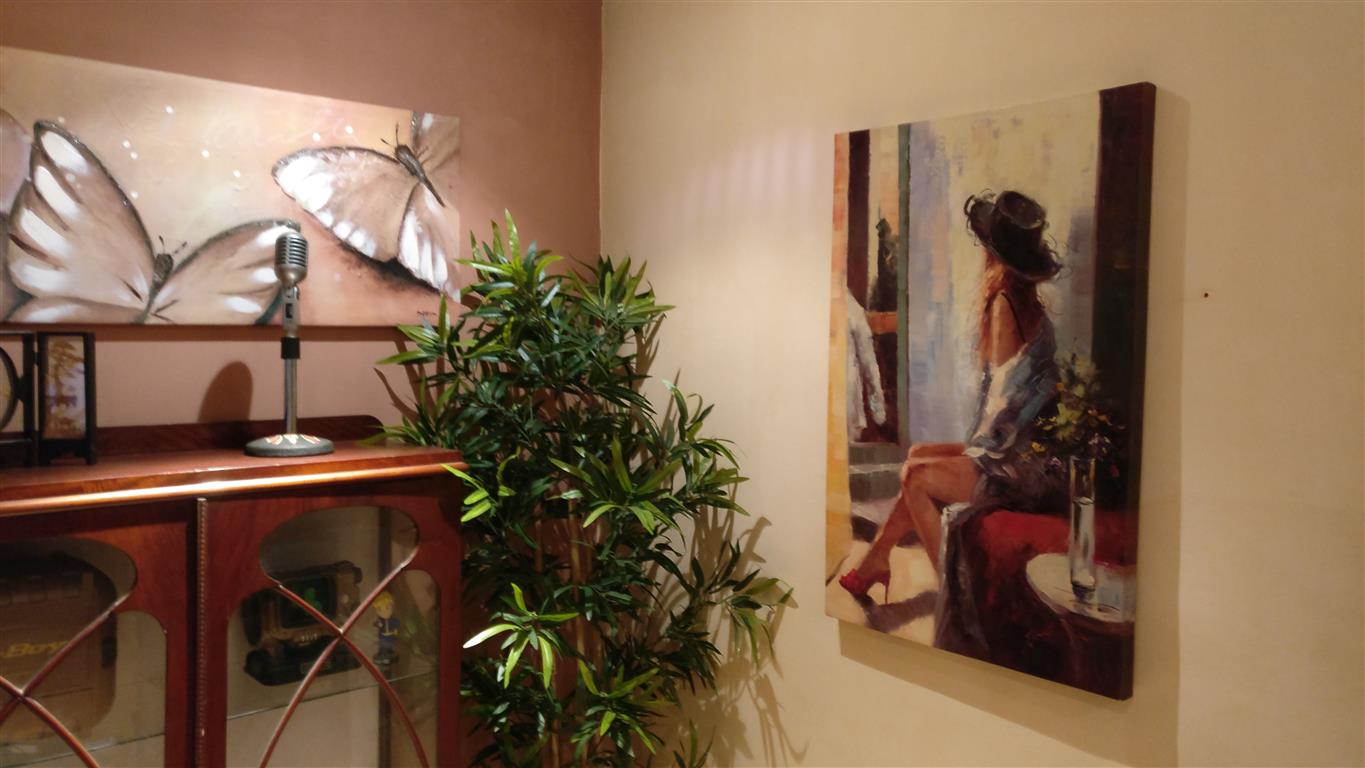 Finally, I put a new pic up that I bought at the end of last year, which has a small story behind it. I spent a few days with my family over Christmas (which I mentioned in my previous post) and on the way back home from there, I stopped off at Hungerford as it is kind of on the way, where I saw this picture in the Hungerford Arcade: 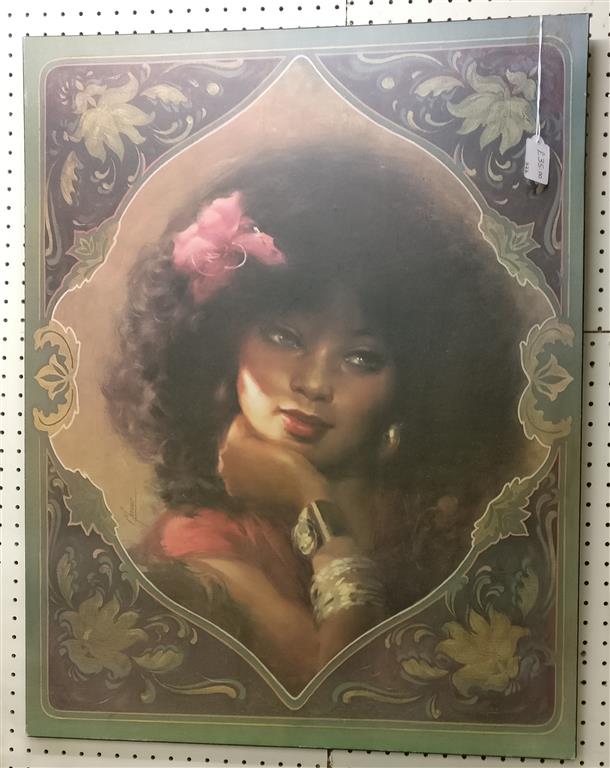 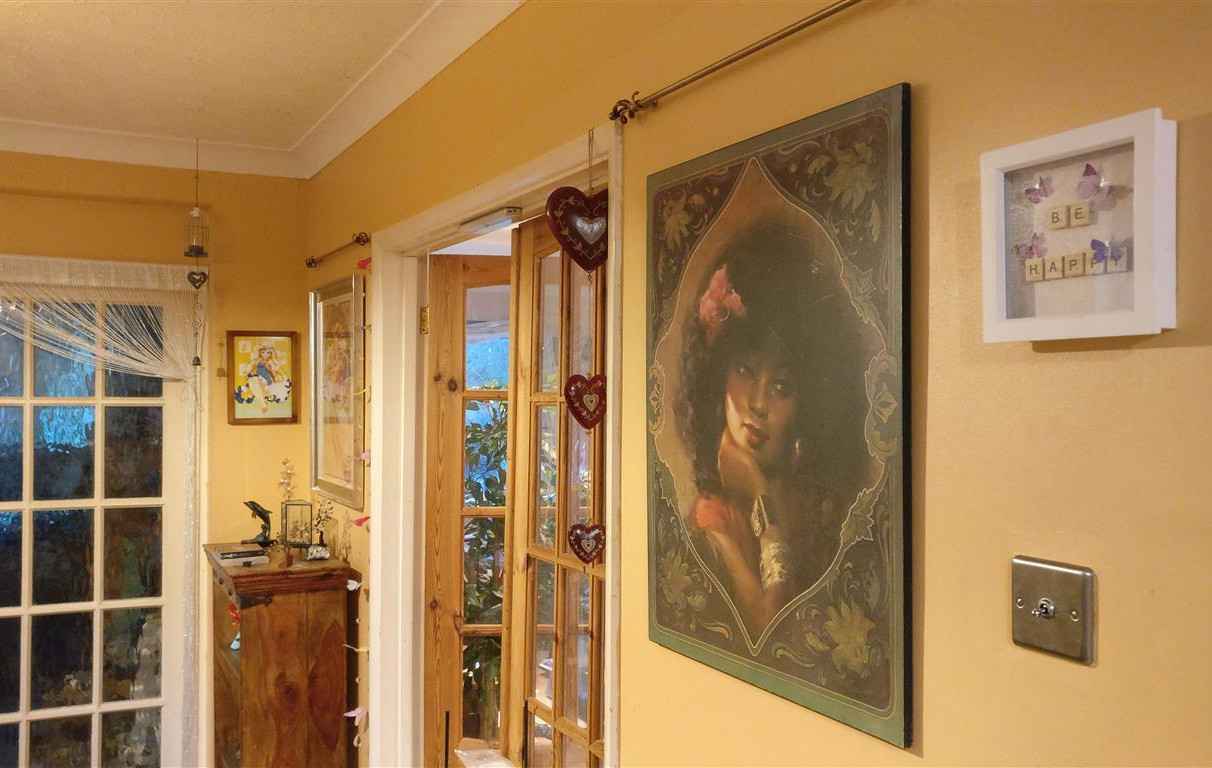 It’s a bit of an odd picture inasmuch as it appears to have been painted directly onto plywood, rather than canvas. So I don’t know what its provenance is. But I’m so glad that I went back and bought it, and I think it goes really well there.