I got up at normal time, showered, did my makeup, and then decided on what to wear. The weather forecast looked rather changeable but I really wanted to wear a new dress by H&M that I had got in a recent sale from the H&M store in Camberley for a rather bargainous £7. It’s a little thin (it’s not lined), so I was concerned it would be warm enough. But having gone through several other dresses that just weren’t working for me, and starting to get a little stressed, I decided to wear the H&M dress anyway. It fitted perfectly and was so comfortable.

The drive over to Thruxton was uneventful and I arrived mid morning.

I saw several familiar faces, and got waves and greetings from them, then headed up to Race Control to see Melindi, Calum, Scott, and the rest of the crew.

I stayed for a few hours, having a nice natter about all sorts of things, and then just after lunch decided to head on back home since I was developing a headache and was worried it might turn into a migraine.

On the way out, though, I decided to do a quick photo shoot at the gates to Thruxton, since I had my camera, tripod, etc. with me in the car just in case. 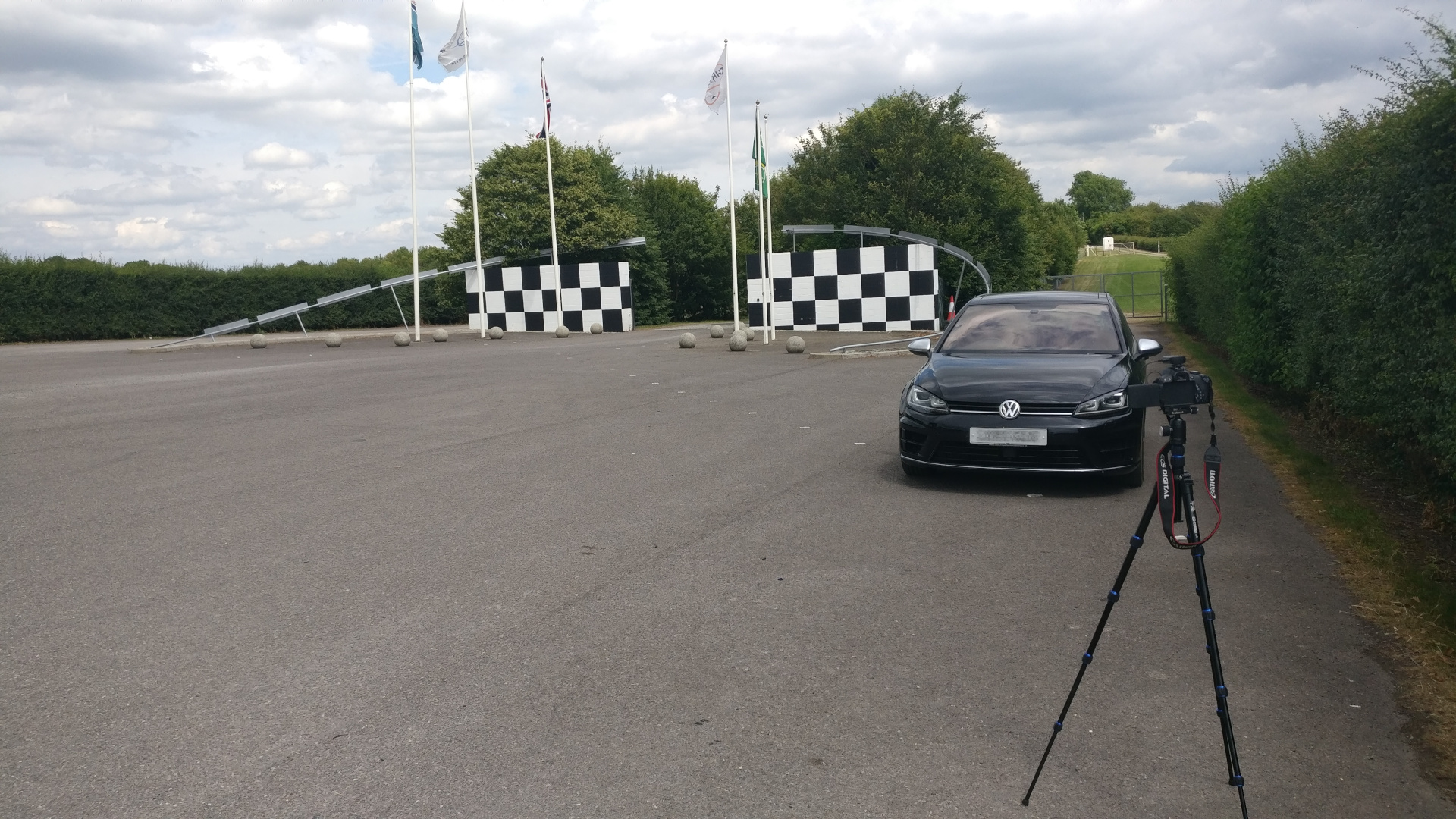 It was a little breezy, and I don’t think these are the best pics of me that I have ever taken. I hadn’t planned on posting those to Flickr as I didn’t feel they were up to my usual standard, but decided to anyway. 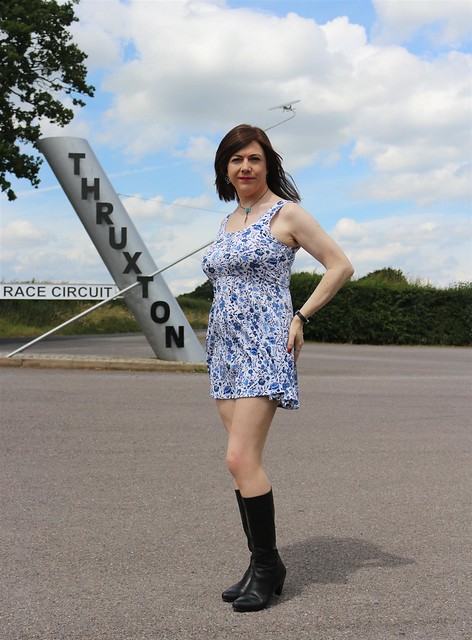 I decided not to edit out the the fact that an aircraft seemed to be flying out of my head, as I thought it was funny. 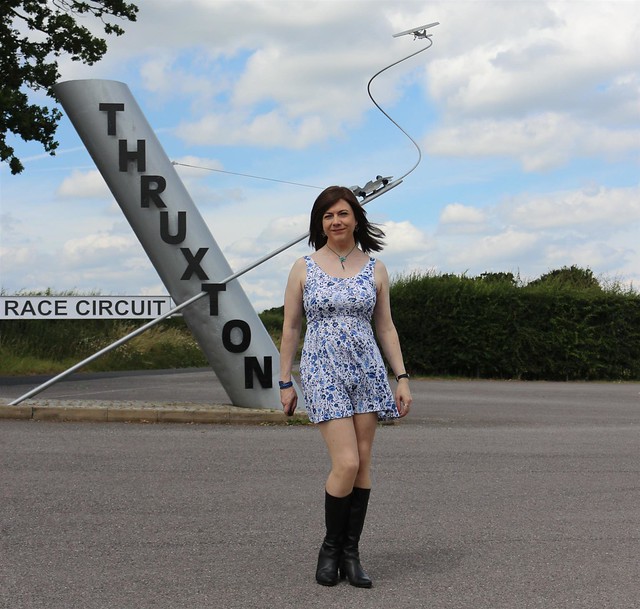 The pic that I was most happy with was me perched on the car. I thought I would have a little fun with the numberplate and generated a “show plate” online, and then did various shear and trapezoidal transforms on it to make it fit the numberplate space on my car. I’m quite pleased with how that turned out. 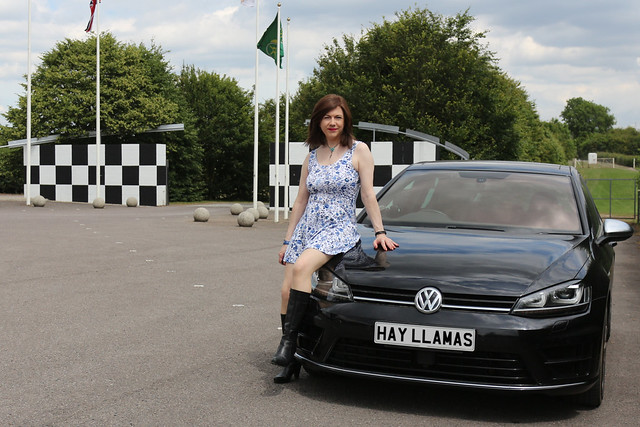 Then I packed up and drove home. And my headache did turn into a migraine. 🙁

Fed up with Winter