I was at an antiques trade fair recently, and a few of the sellers had the odd fountain pen here and there. Nothing that caught my eye. But one had a reasonable collection and amongst them I spied a Sheaffer.

I’m a big fan of the Sheaffer inlaid nib (on purely aesthetic grounds), although mainly the diamond-shaped inlay ones. I have so far not bought a V-shape inlay pen.

However, the seller only wanted £10 for it and it would be rude not to. 🙂 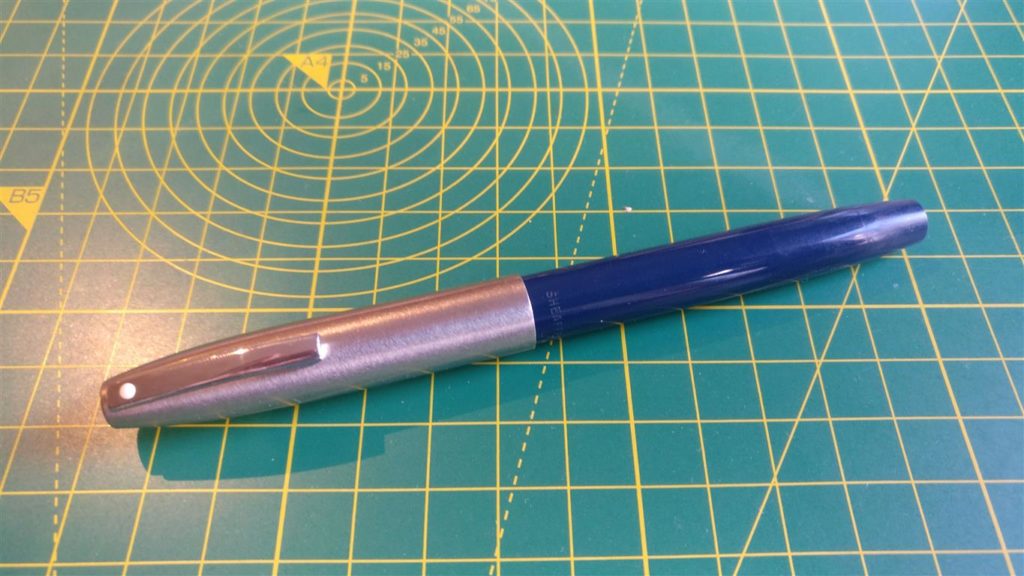 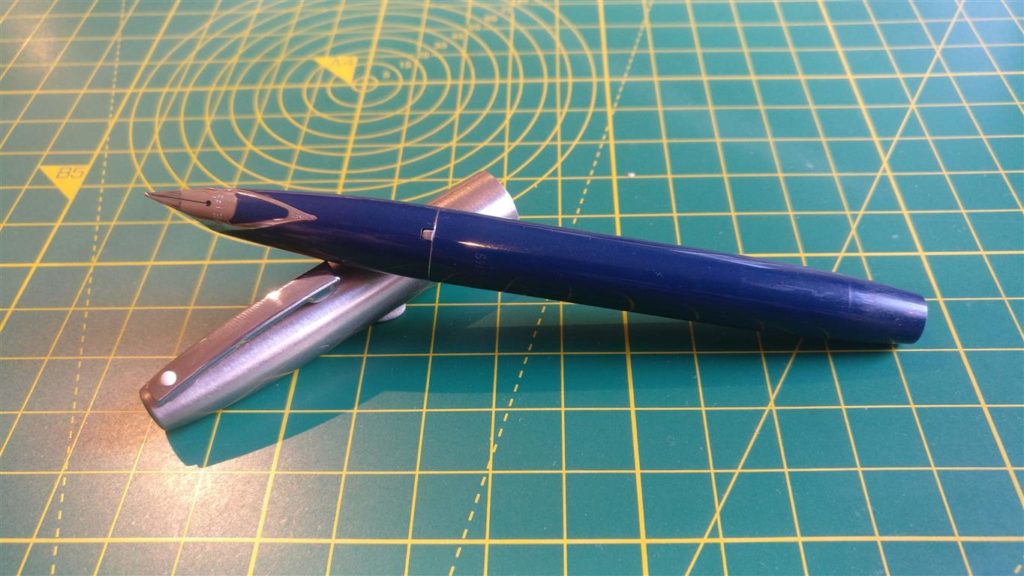 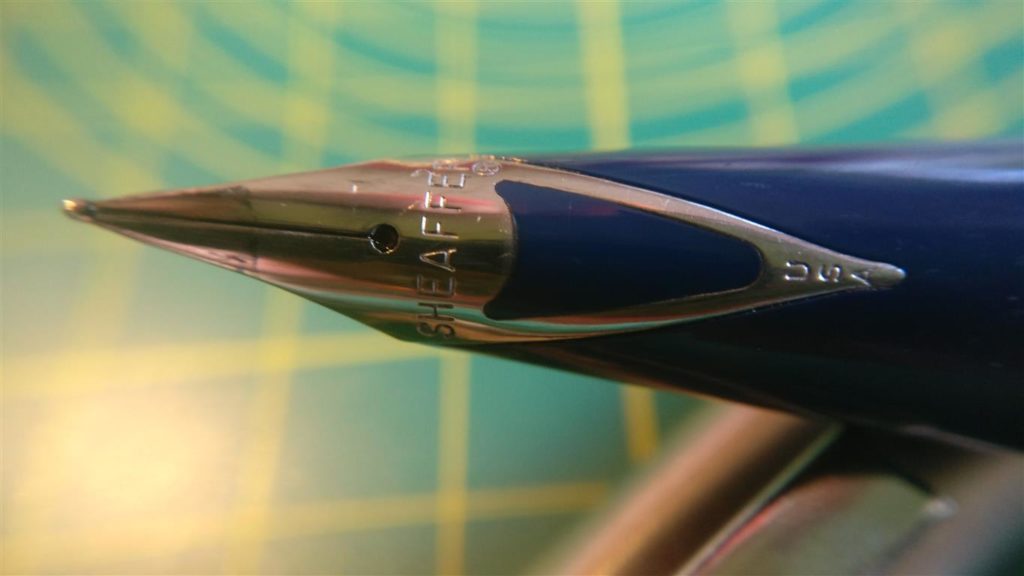 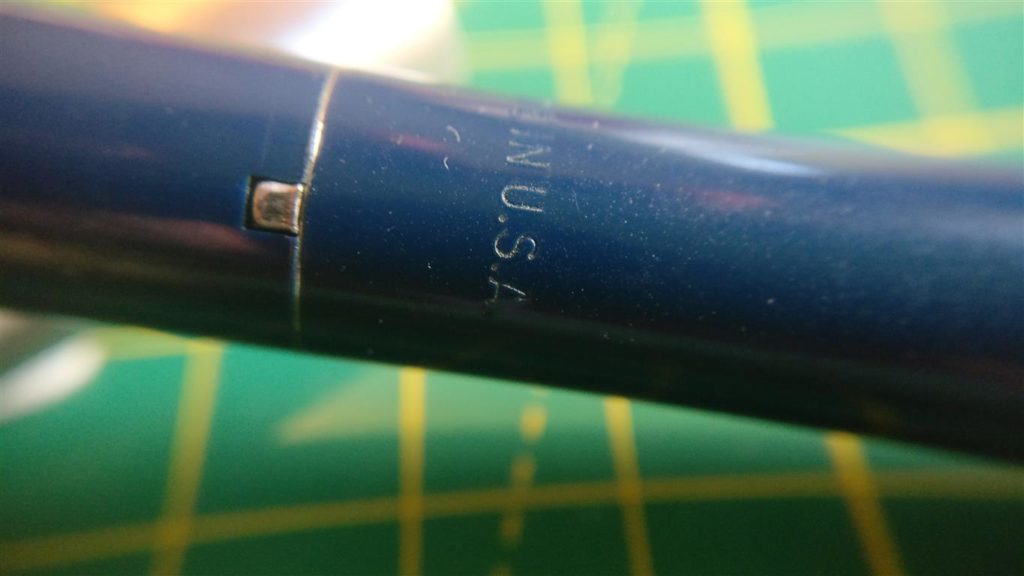 I’ve rinsed it out and dip tested it, and it writes with a very fine nib – far more fine than any of my other Sheaffers. Unfortunately, the rinsing process, which included rinsing the converter, caused the rubber sac in the converter to fail – it was probably on its last legs so so speak. So that will have to be replaced or else I will simply use one from one of my other Sheaffers.

Or it could be a 440 with a V-inlay, which apparently is a thing according to this thread: http://www.fountainpennetwork.com/forum/topic/3043…

Whatever it is, it is certainly from the Sheaffer Triumph range, which is often referred to as a Quasi-Imperial as it has the inlaid nib that evokes the Imperial range, but is not an actual Imperial.