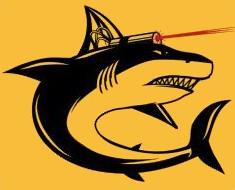 In a previous post I mentioned that I was re-commencing laser hair removal after 3+ years, and since then I have had several sessions so I thought it was worth posting an update for those that are interested.

I’m going to go into some fairly intimate detail, so if you might be offended by such things then you may want to skip this post.

But, if you’re happy with it, then read on…

As I mentioned previously, I’m now going to Destination Skin in Festival Place in Basingstoke, and am having a very good experience there.

I have paid for a course of six facial sessions, of which I have now had three, but have also so far had two additional hour-long “anything goes” sessions that are ideal for maintenance and sorting out regrowth.

The beauty therapist I am seeing is Anne Marie, and she is without a doubt the best and most knowledgable I have had in all my laser sessions. Rather than just turning things up until I can’t take the pain any more, or not using enough power and not getting results, she modulates the power because she knows what she is looking for, and makes sure she achieves it.

On the first session with her there was a point where the pain was bearable and I could take more, and said so, and she replied “I don’t need to inflict more pain on you – I got the crackle I was looking for”. That speaks to me of someone who knows exactly what they are doing.

Anne Marie is also totally professional to the point of having the attitude of a nurse. On the first “anything goes” session, after she’d done my bikini line, she asked if I wanted her to do my bum crack. This is the first time I have ever had anyone offer – in the past I have had to very awkwardly ask, burning with embarrassment and unsure how the request would be received. In fact, eventually I stopped asking as it was too awkward and I felt some therapists were doing it against their personal preference.
(Edit: Having said that, reading back a post I made about my final session in 2014, it seems I did ask on that one. Memory is a funny thing.)

We didn’t achieve much on the bum as I hadn’t shaved there, since I hadn’t anticipated the question, and quite understandably that was too much of an intimate area for her to shave apart from just the cleft of my bum.

What we did achieve was to zap my nipple hair. In my previous laser sessions 3+ years ago, none of the therapists would go too close to the nipples as the darker pigment of the areolae absorbs the laser light and can cause pain and damage. This has left me with a hairless chest, but with hairs growing on the very edge of my areolae which isn’t a great look and means that I have been having to shave there. Not a big deal, and it’s not as if anyone is going to see them under my breast forms, but it’s something I wanted doing for myself.

Anne Marie was willing to do it, using a smaller laser dot size so she could go right up to the edge of each areola.

My gods, did it hurt! If you want to experience it for yourself, stab your nipples with hot hat pins (NOTE: do not actually do this!!) – it was very, very painful. Not only that, but the refrigerated cooling air that is delivered alongside the laser made my nipples really uncomfortably erect to the point where that was almost as sore as the laser. But the pain and discomfort didn’t last long.

On my next “anything goes” session, which was on Thursday just past, I went prepared and had shaved my entire bum crack and perineum. For this kind of shaving I can really recommend the Philips OneBlade – it’s really good for shaving hair of any length, getting really close without nicking the skin. Although, having said that, I did use a Venus razor in the bath afterwards to really get close.

When I got to the salon, whilst we were discussing what we would be doing, I asked Anne Marie if we could go for it and she was totally cool with this. However, despite her professional detachment, I must admit I was still very embarrassed and nervous about asking to be zapped in such an intimate area, and I gabbled on to the point that I realised I was embarrassing her as well as myself. Top tip – when you have asked someone to do something and they have said yes, that is the point to stop. You don’t need to then proceed to dig a hole for yourself and keep on digging. 😮

Anne Marie asked me to lay on my back with one leg straight and the other leg spread, with my knee bent, and to pull my knickers to one side, and to hold myself out of the way and stretch the skin of my scrotum tight, making sure to keep my fingernails well away from the edge of my knickers as a zap of laser to the fingernail is apparently unbelievably painful.

She then zapped all the way up to my knickers, taking in the crease of my leg and the exposed area of scrotum, and then we repeated that on the other side. Then she got me to lay on my tummy, with my knickers down, asked me to spread my cheeks, and then zapped my entire bum crack and perineum. The latter was a little painful, but only on a few really deep coarse hairs. Frankly it was a walk in the park after the nipples.

So, given that we had done my bikini line to only about an inch above the base of my ‘birth defect’ (as I like to call it), this means that I now have only a cute little triangle of pubic hair left. I’m really happy with it and it makes me feel quite sexy I have to admit. Not that anyone is likely to see it.

Finally, we went over my entire body looking for loose hairs and zapping them on an individual basis. Then the hour was up.

It’s been several days now since that, and I am learning a few things about having a hairless bum crack, which I will share now on the grounds that if you’re still reading then you aren’t easily shocked. 🙂

Did you know that bum hair is actually quite useful to have? I didn’t. Without bum hair, you can actually feel your cheeks rubbing together, whereas with hair you don’t really feel it. Your bum cheeks also form an air tight seal without the hair to make gaps, so when you sit down a little bubble of trapped air can force its way out. Not audibly – you don’t start making farty noises or anything – but it’s an unusual feeling. Likewise, when you do pass wind, it has more of a job escaping.

At this point, even I am going to have to hold back on more details. But suffice to say that all the disadvantages of having smooth armpits also apply to a smooth bum crack. Let’s just leave it there.

I’m sure I’ll get used to it, though, and I would imagine that in no time at all it will seem quite normal. But right now it is a little odd.

As I understand it, Destination Skin are discontinuing the 1-hour “anything goes” session from their new price list, so if I want to do any more on my bum & bikini line then I will need to book that as an actual area. And, likewise, if I have any regrowth on other areas then they will have to be paid for as actual areas too which means it won’t really be cost-effective to do those. But I think I’m at a good point now on regrowth. I may do one more bum & bikini though.

I have three more sessions left on the face. I’ve had pretty good results so far, with just some shadow left on the upper lip, some immediately below the lower lip, and a little on the chin, but it’s not that noticeable and I’m confident that we will eradicate it by the end of the course. I’d like to get to the point where I can go out with far less foundation on, feeling comfortable that there will be no shadow to give me away.

However, then I will need to make a decision on how to continue because I still have white hairs that the laser cannot zap. I will have to decide whether to just live with that on the grounds that they are invisible unless you look closely, or whether to embark on a course of electrolysis.

Obviously I will let you know. 😀