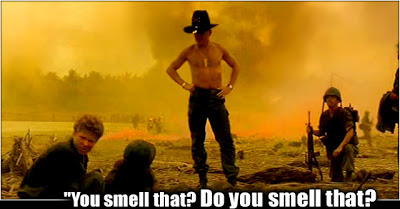 It’s been almost 5 months since I had my final session of laser, and in the intervening time I have kept an eye on how successful it has been. On the whole it’s been pretty good; an awful lot of my hair appears to be gone. However, I have had some regrowth.

On my arms and legs it has been limited to individual hairs here and there; nothing that a couple of minutes with a razor wouldn’t sort out. Likewise with my underarms. My tummy was a whole different story though and has had pretty much total regrowth (albeit sparser and thinner). My bikini line likewise. My chest has suffered some regrowth too, albeit not to the same extent as my tummy. And on my face, there has been some return – not enough that I can grow anything more than salt & pepper stubble after almost a week but definitely enough that girl mode still needs a lot of foundation to cover the shadow.

So, I decided it was time to have a 7th session of laser and made the booking. I had the session today.

The girl who did the treatment was an emergency stand-in who had come over from another branch because the regular girl was ill. This didn’t bother me too much as I have only had one session with the regular girl as the ones I started out with have both left now so I have no real attachment to anyone.

She suggested we ramped up the intensity since the notes said I coped fine with the previous settings; something I was very happy to do as I was just about to ask for that. So right away I felt we were on the same page. And, indeed, it very quickly became clear that she was very competent, thorough and fastidious. I got a very definite sense of her doing a proper job and not skimming over things in a hurry, which is something I can’t say for the girl I had last time who did the whole body in record time. When I posted about it at the time I said that I thought she had done a good job but I can see now, with comparison and with hindsight, that she rushed it rather.

The more intense settings were extremely painful at times, and we had quite a bit of ‘snap, crackle & pop’ and a definite smell of burnt hair in the air. Smelled like victory.

Another thing that was pretty cool about this therapist is that pretty much nothing phased her. I tentatively asked if she’d zap my bum crack and perineum and, without even blinking, she said she was happy to do that, which is totally awesome. I’d already shaved myself down to a neat triangle and, um, also in the areas I just mentioned (I’m probably giving TMI here) and she just zapped my bikini line to where I’d shaved and also the aforementioned (blushes). As I said earlier, she was very fastidious which means I am a little sore because hairs got zapped that have never been zapped before. But it was so worth it.

For my chest and face, she dropped to a smaller spot size but put the intensity up even further to compensate. The chest didn’t hurt much but the face was excruciating and we did it in little zaps with rests in between. She also zapped hairs on my underchin and neck which I realise now, with hindsight, that the previous therapists missed. So, as I said, this girl was *really* thorough. I mentioned this to her by way of compliment and feedback, and she said that she likes to provide a level of service that she would want to have if someone was doing it to her, and also she doesn’t like to waste customers’ money. Amen to that – I wish more people had that attitude. She also said that she wished she had my pain threshold to do the entire body at once. I have to say, I’ve never considered myself to have a particularly high pain threshold. But I can be pretty determined when I want something and I have quite a lot of mental fortitude, so I just deal with the pain because I know it is transient and it is worth it. I don’t think I would cope well with systemic or chronic pain though.

Finally, and this is a first, she got me to sit up so she could check the tops of my shoulders and did some final zappage there. So, just to say this one more time, she was *really* thorough and fastidious. I really felt like I got good value for money on this one.

It turns out that the branch she usually works at is actually closer and more convenient for me. The only reason I go to the branch that I do is for historical reasons; it’s because a good friend recommended them and was able to get me a referral discount there too. But the people that my friend recommended are long gone now so I have nothing to keep me going back there. I’ve therefore asked for my records to be transferred to her branch so that I can get her again.

Right now I’m a little sore but extremely happy about today. I’m looking forward to seeing what the long term effects of today’s session will be. Certainly I am left wondering where I would be now if my previous 6 sessions had been done to this standard.