As I mentioned in my previous post, I had my second session of laser treatment yesterday. It was my third visit but only the second time any one part of my body had been treated.

I confess I had been expecting it to hurt a whole lot less, but I was sadly wrong there. Actually, to be fair, some parts barely hurt at all, but the bony parts of me, and also my chest and my face really hurt. Like *really* hurt, as if someone was stabbing me with hot pins. Eeps!

We started off with the 15 (I have no idea what the units are, or whether it refers to spot size or to intensity) and we tried that on my hand and wrist, and it hurt a lot. And then all the hair follicles swelled up and I looked like I had a skin disease. It was rather horrid actually! I couldn’t take that intensity so we dropped it to a 12 and it was a lot better after that. My arms are quite freckly though and that made it quite painful as the pigment absorbs the laser. Although it does have the benefit of reducing the pigmentation which could be good.

We did the legs after that, and that didn’t hurt too badly apart from some coarser hairs up on the upper thighs. And also my knees that hurt rather a lot. But that was nothing compared to the pain from my chest. I have some pretty deep follicles on my chest hair and they properly hurt. And smelt too! Horrid burnt hair smell.
We then took a bit of a break by doing things that didn’t really hurt, like bum, bikini line, back and neck. All that was left after that was the face, which was the worst of all. Less said about that the better, but at least I survived. All in all I was in there about 160 mins (ie. just 20 mins shy of 3 hours).

The salon room doesn’t have air conditioning, and also the cold air chiller has to dump its heat somewhere so just dumps it into the room. Also the laser machine itself generates a lot of heat too, so the temperature in the room was gradually rising and rising. I was just in my undies and also I like it hot, so I was finding it more bearable than the poor beautician in her uniform. We were both visibly wilting by the end though, and it was pretty unbearable. I think I’m going to write a letter to ProSkin about it, and say that I think they absolutely have to install aircon in there, or at the very least some heavy duty extractor fans to draw the overheated air out. I’m also surprised the Cynosure cooler doesn’t have some kind of ducting to dump its hot air somewhere else.

My only worry about writing the letter is that they might instead decide to simply not offer full body treatments in one session, and that would be a big bind for me as it takes me around an hour to drive over there and I don’t want to double my journeys.

I have to wait another 6 weeks now before I can have my next treatment. That feels like forever right now!

Today I had the rest of my first Laser Hair Removal treatment.

Last Saturday was the easy bits – legs, bum, bikini line and back. But today I had the really painful parts; tummy, chest and face. I also had arms and shoulders, but they were inconsequential.

God it hurt. I don’t just mean unpleasantly uncomfortable, but more like this…

It’s said that there is a fine line between pleasure and pain. I am by no means a masochist (far from it!) but every time we stopped for a few seconds during the most painful and intense bits, I burst into giggles. Mainly from relief but also from endorphins. It was odd!

Anyway, pain is but a transitory sensation and it soon passed. And I am so happy and excited to be treading this path. It is so going to be worth it! 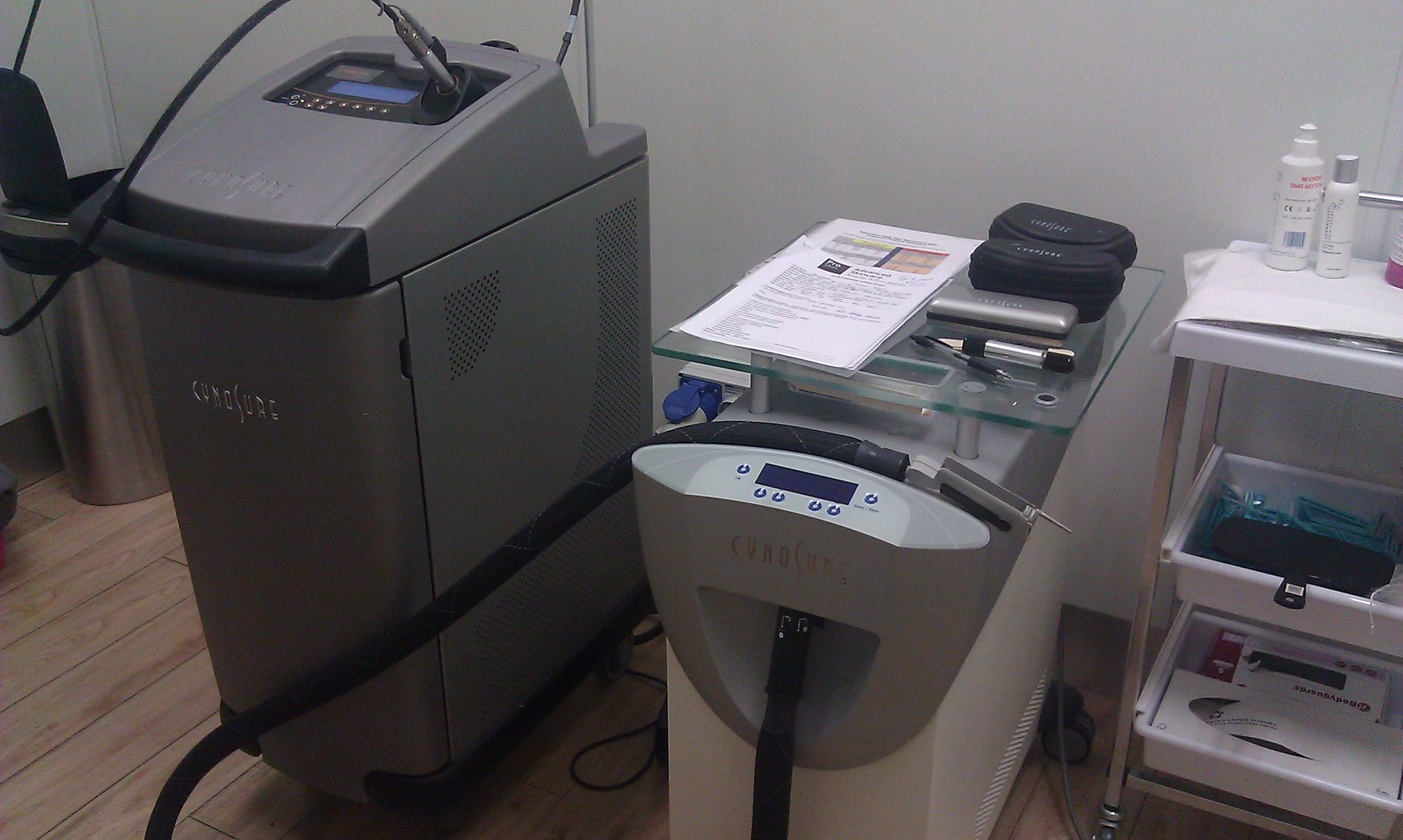 I had my first proper session of “Pew! Pew! Layzorz!” today. I had full leg, bum, bikini, underarms and back done. Next week will be chest, tummy, arms and face. After that I’m going to switch to everything in one session.

The girl who did it was really nice and we had a good natter and swapped make-up tips, which was fun.

The laser hurt at times, occasionally a lot (like she was sticking needles in me) but it was bearable. But I’m really not looking forward to the face next week.

Only embarrassment today was when she asked me how I wanted my bikini line trimmed (ie. how much to take off, and what shape to go for) and I didn’t know because I hadn’t really given it any real thought. LOL. It’s not really something I’ve researched but I guess I’m going to have to now. So we just went for something basic for now and we can refine it when I have an idea what I want to do.

To the Internetz with SafeSearch turned off!!

It’s said that even the longest journey begins with just a single step. Well, in my case, this one begins with a Patch Test.

I have decided to embark on a programme of Laser Hair Removal, with a view to ultimately having a hairless face and body. I’m fed up with having to do so much shaving and depilation before I can go out in girl mode, and feel like Cinderella with the clock approaching midnight when it comes to facial hair (sorry to break the Suspension of Disbelief by mentioning that). I should also be able to wear a less heavy foundation when all the facial hair is gone, which should be good.

So today I visited a ProSkin clinic and had a Patch Test with their Cynosure Elite Laser Hair removal machine. The girl who did it was really nice and seemed very knowledgeable, and did test treatments on my leg, arm, chest and face. I have to be honest and say it really stung, especially on the chest where my hair is quite coarse, but I think I can bear it. And the rewards will be worth it, I hope!

So this is all very exciting!

Meanwhile, I’m back to Salsa classes on Monday. Woot!