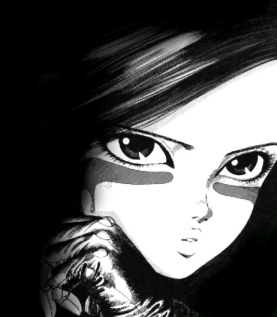 Alita’s search for identity has been something extremely special and personal to me, and it is probably my favourite manga.

I have been aware of James Cameron’s love project to turn this into a live action film, and have followed its progress through Development Hell with interest.

So when the film finally hit cinemas, I approached it with some trepidation.

Here are my thoughts on it, now that I have seen it.

Firstly, it’s not a bad film if you have no knowledge of the source material.

However, it’s like someone watched the 1993 OVA, flicked through the first few volumes of the manga, and then made a film based on the gist of that with some changes and revisions as they felt like it. For example, in the source material, “Alita” was the name of Ido’s cat, not his daughter, and Desty Nova is just a crackpot scientist (albeit a very central character and Deuteragonist) and not “the big bad”.

It wasn’t unenjoyable but it rather played fast and loose with the source material, cramming stuff in which probably didn’t make a lot of sense to people unfamiliar with it, and was rather a jumbled mess. The ‘anime eyes’ on Alita didn’t really bother me, though.

Effectively the story is a revised version of Volumes 1 & 2 of the manga (which is what the 1993 film was too), and with some stuff from volume 3 shoehorned in for good measure. For example, Motorball doesn’t appear until after the events depicted in the film and it is how Alita gets over her grief. It’s literally a new chapter in her life – one of many.

To be honest, the whole Motorball sub-plot shouldn’t have been added to this film. It was enough of a job to compress the whole of volumes 1 & 2 into a film, without pulling in parts of volume 3.

Still, I suppose it is ever thus when a film is made of a book or manga – there is the temptation to compress it and pull in parts of out sequence, and munge it all up.

In many ways, I think it suffered from the same problem as Ghost in the Shell – take a fantastic, intelligent, thoughtful story and dumb it down into a Hollywood blockbuster. What particularly annoys me about the Ghost in the Shell film, though, is that it basically stole the “cyborg with amnesia” storyline from Battle Angel Alita. In the original Ghost in the Shell, Major Kusanagi has full knowledge of her name and identity. But I digress.

The Damascus blade being merely stolen from Zapan, rather than forged for her, was also a disappointment. But I suppose it was quicker and more expedient for the film.

Another thing that annoyed me about the film is that she gets her Hunter-Killer badge, and literally walks straight into Bar Kansas at random, and asks everyone to fight with her, which makes her look like a silly naive girl.

In the manga, by the time she does that she is a regular at Bar Kansas, has a lot of bounties under her belt, and is known and is well-respected.

But, at the end of the day, it was a good film if rather jumbled, and some of the world building was done very well. Whether or not we will ever see the sequel that it so clearly sets itself up for, only time will tell.