I was in my local Co-Op the other day and they had Binky nail varnish on special offer at £2 a go.

Having really enjoyed wearing my best friend’s “Countess” by Barry M that we both wore during a weekend away with her recently, I was drawn to the glittery purple “Purple Shimmer” in the Binky range, and also to “Pink Crystal”. I figured that for a fraction of the price of an OPI nail varnish, they were cheap enough to give it a go. 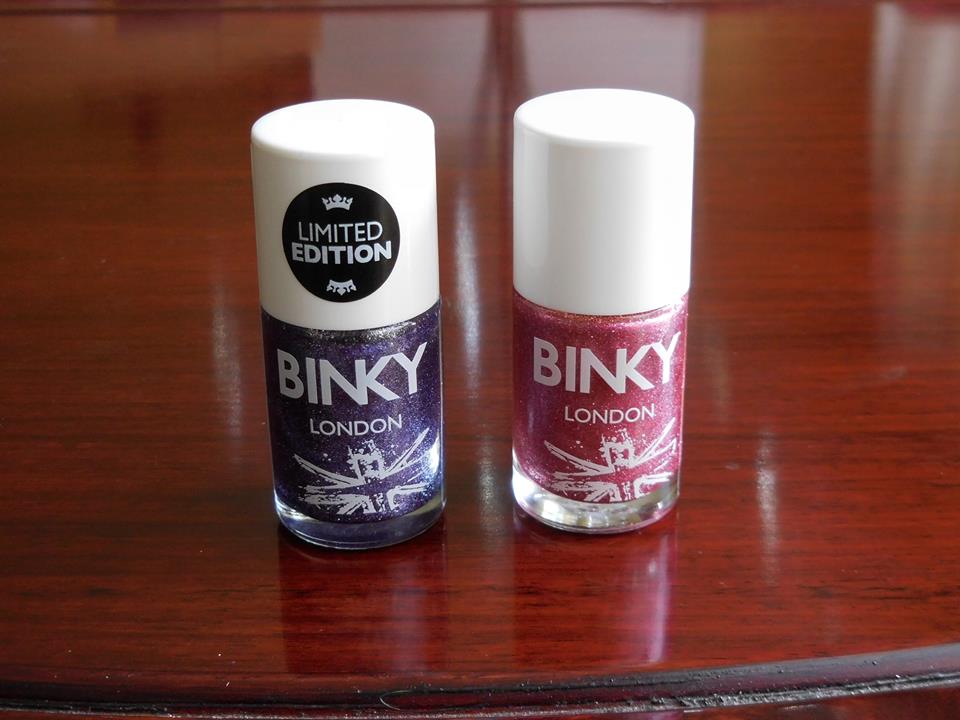 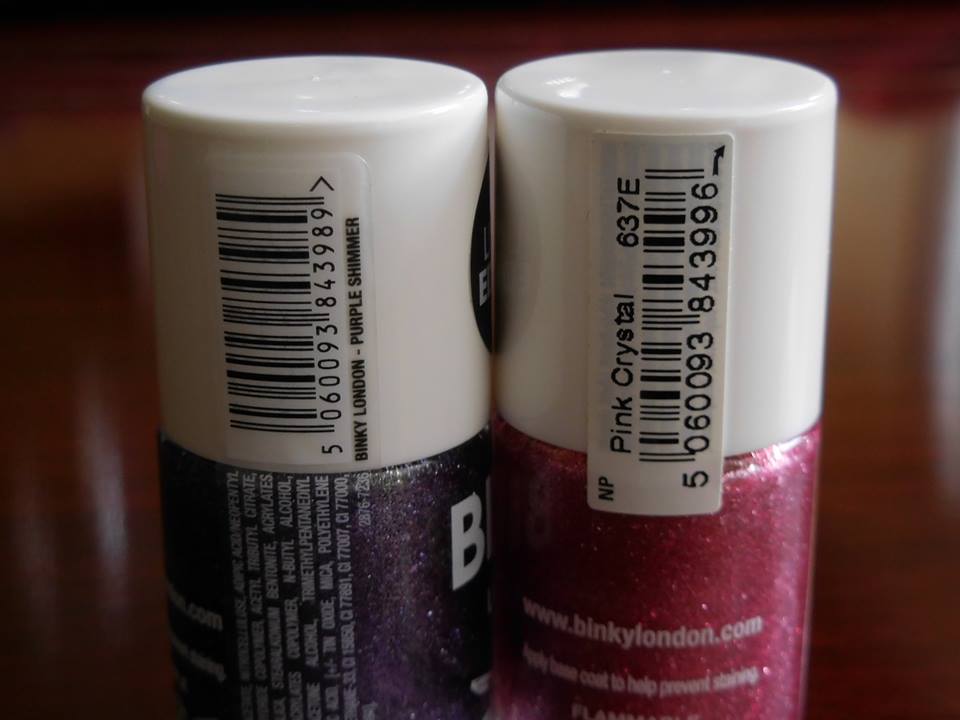 As an aside, I have to say that “Purple Shimmer” and “Pink Crystal” sound like characters in ‘My Little Pony: Friendship is Magic‘ which made them even more appealing to me. 🙂

I haven’t tried Pink Crystal yet, but I have worn the Purple Shimmer.

It went on very thick and gel-like. One coat was almost enough, but I did two coats to get a deep even coverage. It dried very quickly between coats.

However, it took three coats of clear top coat before it stopped feeling like sand paper, and I fear it’s going to be as hard to take off as the Barry M was.

Durability is good so far, and I haven’t had any chips yet after 5 days. I’ll update this post in a few days with further information, including how easy it was to remove.

Well, as expected it was an absolute nightmare to remove! But before that, it lasted a good 10 days before it had to come off, and that was mainly because it was growing out. So I call that rather good value for money.