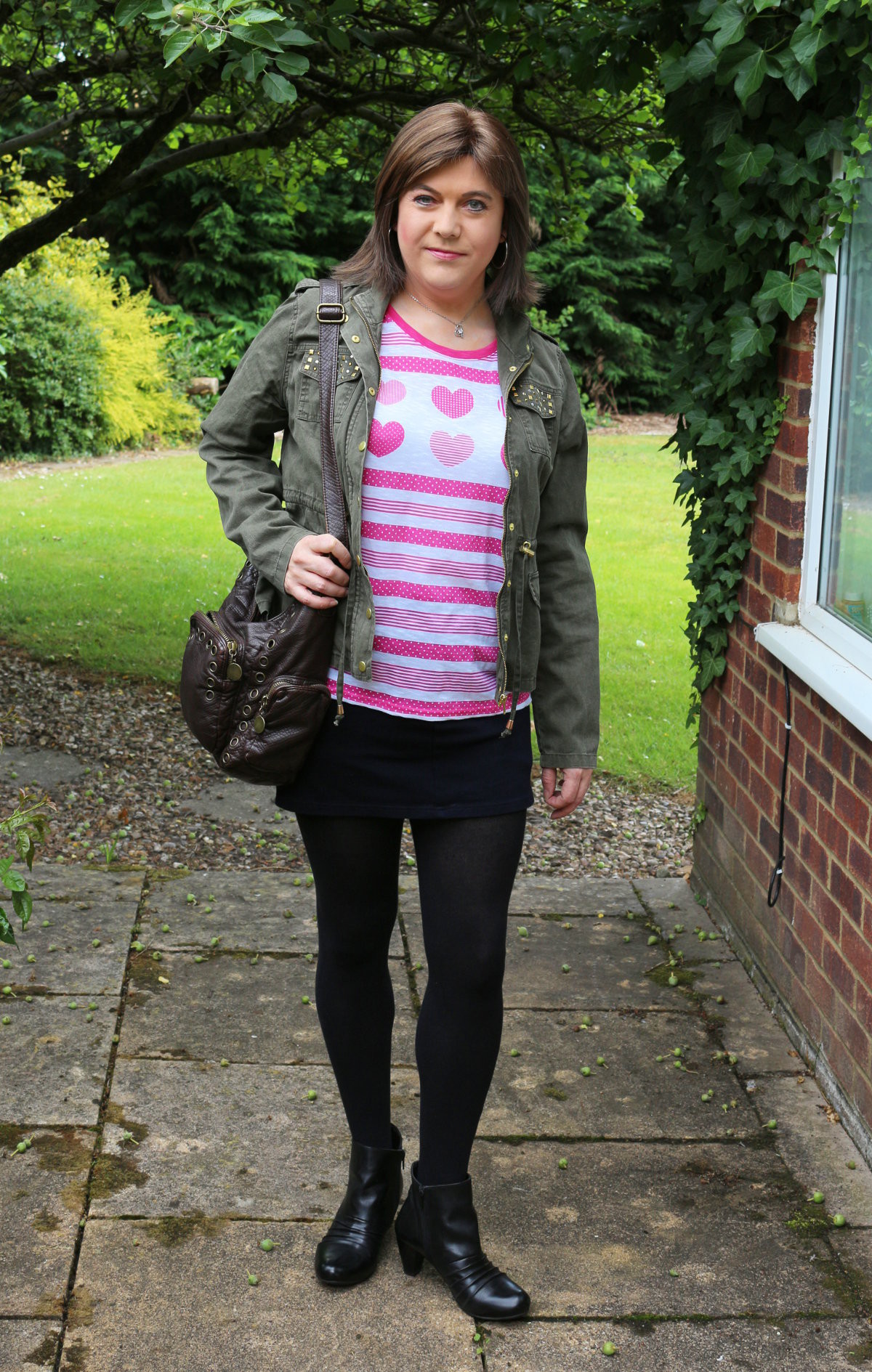 Had rather an odd experience today whilst I was out shopping.

I was taking a break from my shopping (with very sore feet) in Costa, having a cup of coffee, and to my left, perpendicular to me and with his back to me, was a guy in one of the armchairs with a wheelchair next to him. After a while, he made a move to go and pushed his chair back, back, back until I started to worry he’d push it into me. Then he got himself out of the armchair and into the wheelchair. After he was settled in the wheelchair he started to tug the armchair forward again and was struggling a little. Since the chair was right next to my elbow I helped him by pushing it and gave him a friendly smile.

He then started saying something to me. Initially I thought he was angry with me for helping him, so kind of ignored him. But he kept talking. I couldn’t really tell what he was saying as it was a little noisy and also he was quite speech impaired, so I just said “I was just trying to help”. So he wheeled over to me and I thought ‘uh oh, here we go’. But he explained he was just asking me my name. So I told him and he shook my hand, which was kind of nice.

However, he then proceeded to slowly and laboriously (he was *very* speech impaired) tell me that I “quite clearly used to be a man” (those were his exact words) but that he “liked me anyway” (well, gee thanks), and then started explaining something but by this time I was very uncomfortable and not really listening, but I’m pretty sure he was explaining why this meant he couldn’t date me or something. That was the general feeling I got anyway, but it was quite hard to follow him. I just politely said thank you. Thankfully he then said goodbye and left with his friend (or possibly carer).

I must confess I was under the (sadly misguided, it seems) illusion that I was a little more passable in public. ‘Quite clearly’ this appears not to be the case. *sighs*

It occurs to me, though, that if I had said to him that I liked him despite his disability, then that would have gone down extremely badly. Yet somehow he felt it was ok to say that he liked me despite my birth defect. Some might not agree that my gender identity being different from my birth gender is a birth defect, but I can’t see how else you could describe it.

I’m sure he meant no harm, and perhaps he felt he was paying me a compliment in some strange way, but it was a little depressing to have reality so unequivocally highlighted to me. Perhaps I was fooling myself that I look in any way passable.

2 thoughts on “Quite clear”