Just a quick update on how things are shaping up with Project Reorganise.

Earlier in the week I finally moved my memory foam mattress from the spare room and onto my new bed, thus officially moving into my “new” bedroom. I’d also that day taken delivery of a lovely rose garland that I bought on Amazon, which I wrapped around the bedstead. 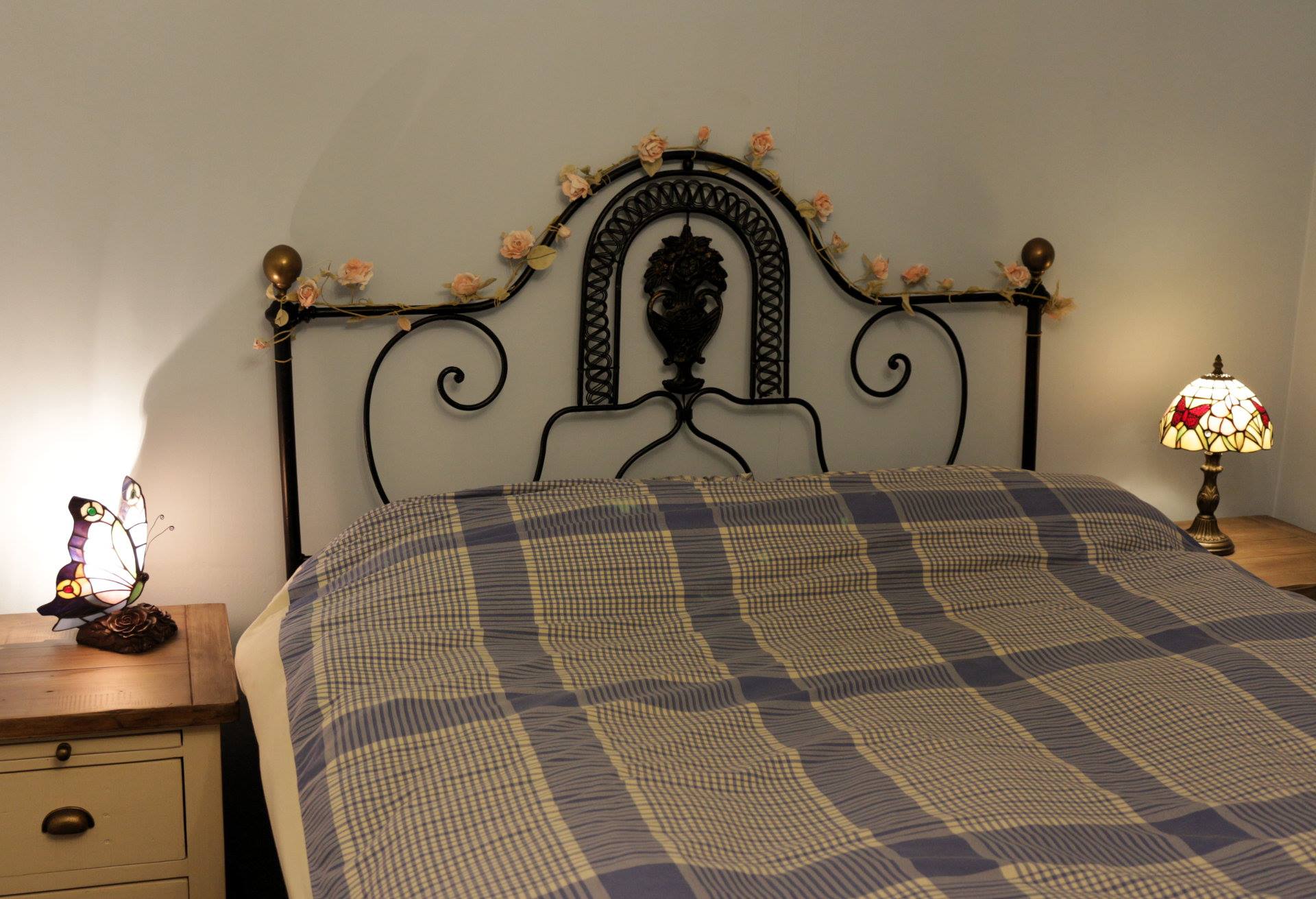 Although I am concentrating on my bedroom, I’m also accessorising the downstairs cloakroom. The room already has a vague nautical theme, with a nautical mirror and nautical towel hook, but that’s about it. So I have decided to take it to another level.

I purchased a lighthouse from The Range, and boat-shaped wall shelf from White Lion Antiques. 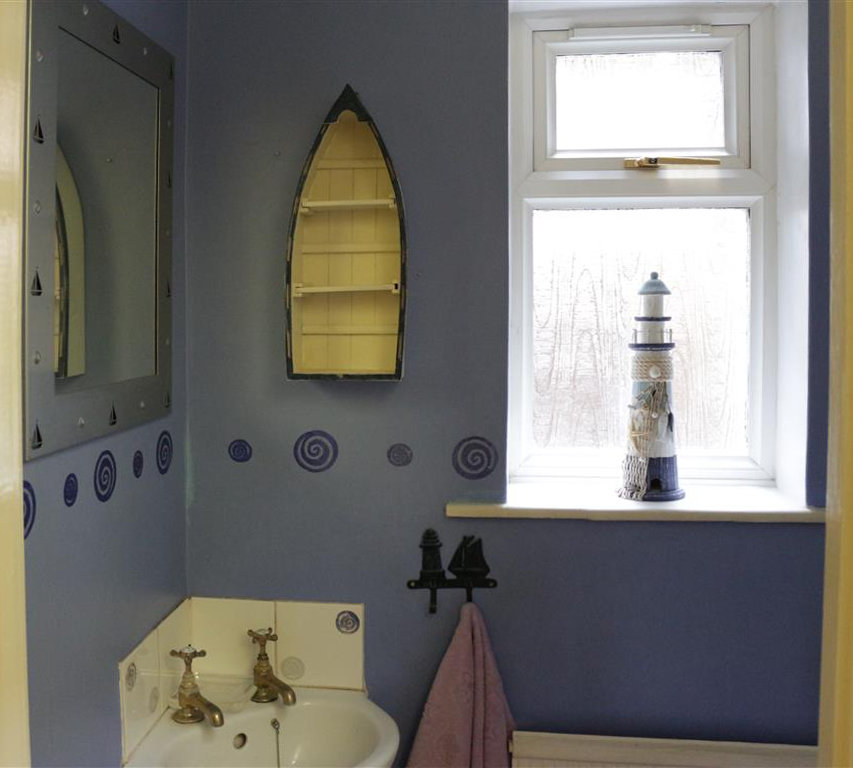 I bought a similarly themed toilet roll holder from Amazon, and also whilst having a clearout I discovered a pack of 3 ceramic fishes that had been bought years ago by my partner and left, unopened, in a drawer somewhere. I used the fishes to cover up some unsightly holes.

The toilet roll holder was supplied fitted with two small triangular D-rings on the rear for mounting it, but these looked wholly unsuitable and flimsy to me. So, instead, I removed them and drilled & countersunk two holes all the way through the wood so that I could securely screw it to the wall. I’m far happier with this. 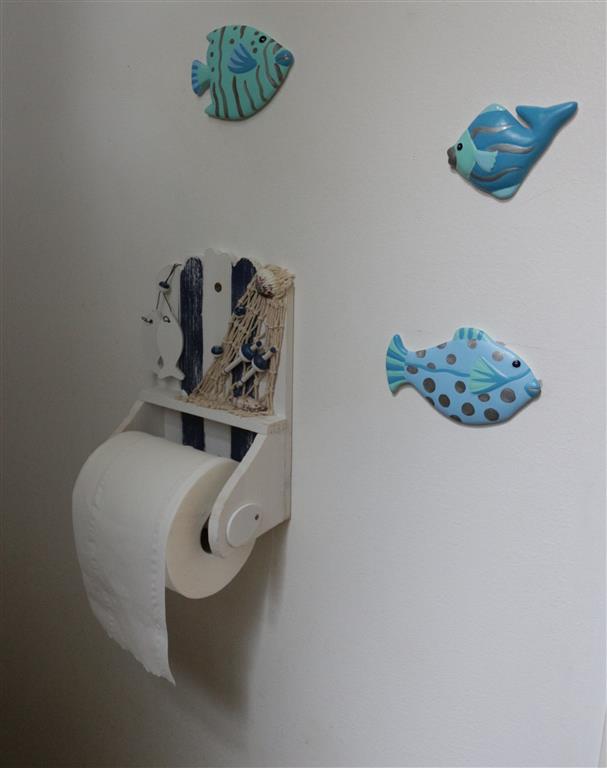 I also bid on a driftwood shelf on eBay, putting in a Best Offer of £45 inc postage when the seller wanted £44.99 plus £5.50 postage, which they accepted. It’s a really lovely bit of unique artwork which I totally adore. My only criticism is that I wish it were a little larger.

I haven’t yet decided on which wall I will mount this yet, nor how I will accessorise it, so for now here are the eBay product pics for it. 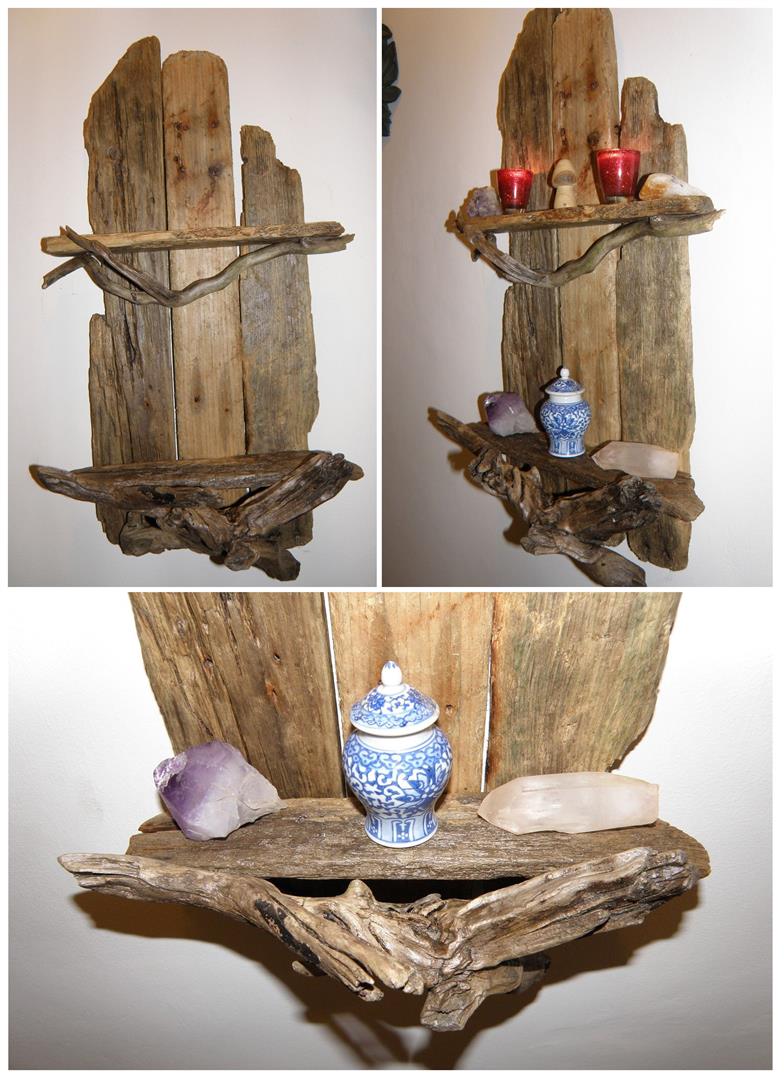 Finally, I bought a nice little “WC” sign from Amazon, which was ridiculously cheap but took ages to arrive – no doubt coming direct from China. This is how it looked in the advert. 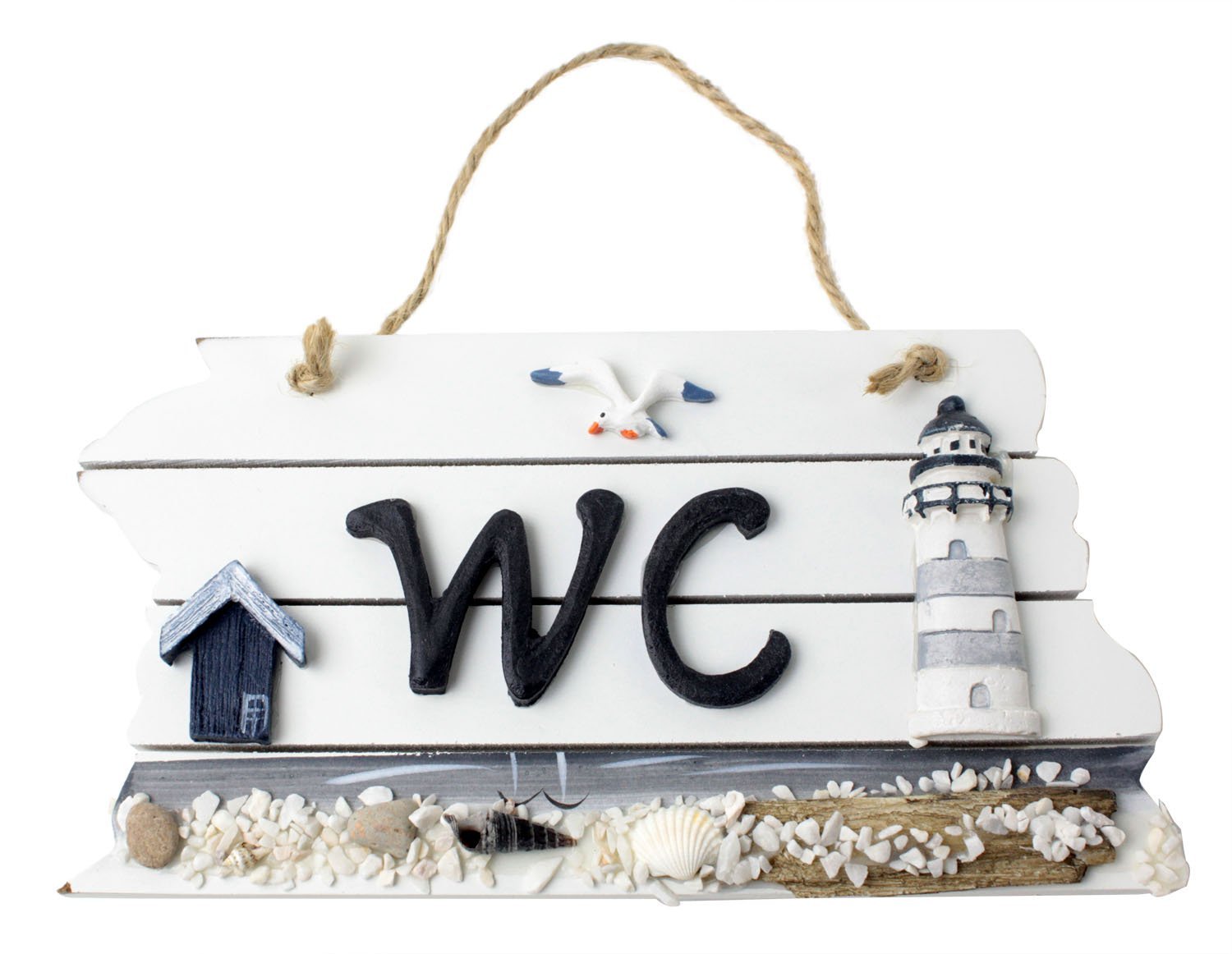 When it arrived, some of the whimsy had fallen off and the shell had broken, but these were easily reaffixed with superglue. I then decided that it would make a lot of sense to spray it with acrylic crystal clear spray lacquer (as I had a can of it), as the acrylic would hold in the shells, gravel, pebble, and other bits of ephemera far better than glue would, because otherwise every time the door was closed then more bits might fall off.

The valve stem of the can appeared to be broken, but pressing the spray nozzle button down kind of worked. Increasingly, though, it started to leak and hiss, so I put it down and leant a little too close to it whilst I wondered what to do with it, and with that the valve seal failed and the entire can discharged upwards into my face and, more scarily, into my eyes. I immediately rushed to the cloakroom and within a matter of seconds was splashing my eyes with water from the tap. When I felt I’d done that sufficiently I grabbed a bottle of water and then leant my head back over the sink and properly irrigated my eyes. It was too late at night to see a doctor, and I didn’t fancy a 5 hour wait in A&E, so I drove to my nearest pharmacy but they were closed. Then to the next nearest, but they were closed. Eventually I ended up at one in a supermarket who were closing in 5 mins, whose pharmacy was closed but whose medicine aisle was open. So I grabbed a bottle of Optrex multi-action eyewash and then flushed my eyes with that in the car park and then several times throughout the evening. Fortunately I suffered no damage to my eyes due, I am sure, to my clear-headed quick thinking on flushing my eyes the moment it happened. But I am going to be way more diligent on eye protection in the future. 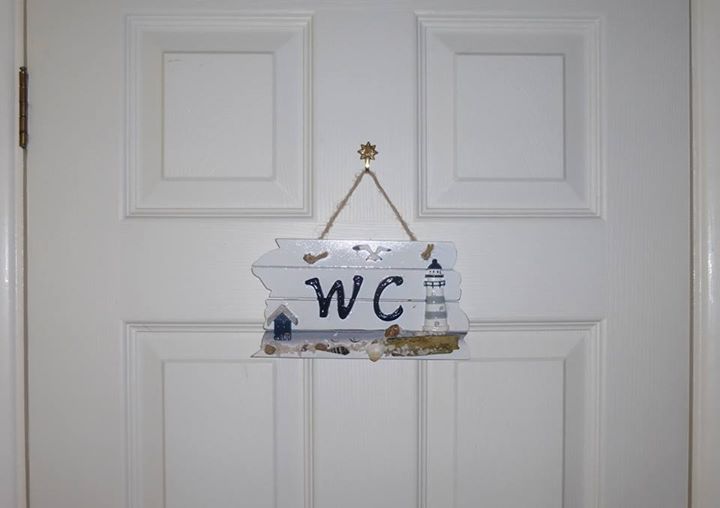 After that, I grabbed a bottle of automotive spray lacquer that I had left over from a previous project, and used that to finish off the sign with a few more coats. Whilst, of course, wearing goggles. Lesson learned. It was gloss, rather that matte, which meant that I ended up with a gloss finish, but sometimes you just have to use what you have.

This is how the plaque ended up. The quality of the item is pretty low, with really awful glue overspill (which you can just about see if you click the photo to enlarge), but I think that the spray lacquer really helps to hide it. And, for £4 including postage, you can’t really argue with the price.

And, of course, retaining my eyesight was a total bonus too.