As you’ll know from previous posts about Project Reorganise, I have been on the look-out (amongst other things) for a chair for the Dressing Table.

I visited my parents one weekend a few months back, and they let me have a good rummage through their sheds and garage. These have become the repository for stuff that they have collected over the years, and also for the remaining possessions of both my sets of grandparents, all now deceased, since neither of my parents have any living brothers or sisters.

I told my mum I was particularly on the lookout for a chair for my dressing table and she showed me two chairs that she had out in a shed which might be suitable that I could have, which I happily took. There were several others in differing styles, but those were the only ones I felt would work. 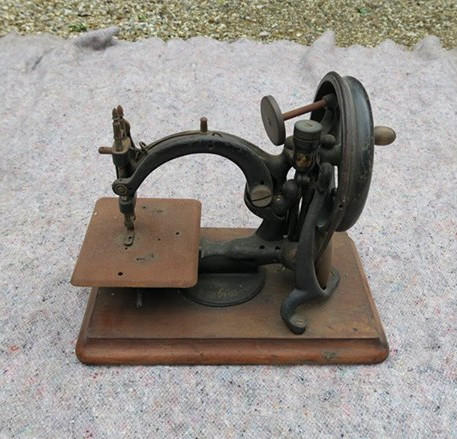 In the garage there were a pair of vintage hand-powered Singer sewing machines which were in a pretty poor state and very rusty. I asked if I could have one of them as a conversation piece, and my parents were more than happy for me to have one. Whether or not I will actually put the effort into refurbishing it is perhaps open to debate. 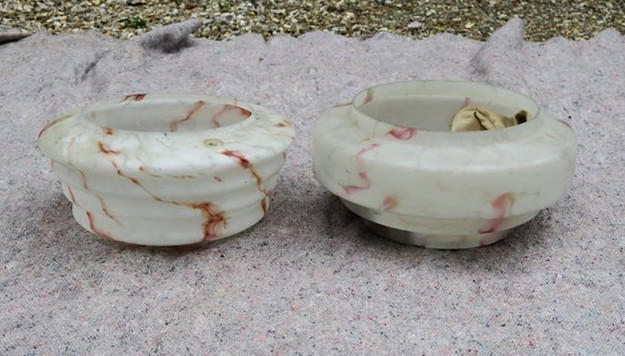 There were also two 1930’s lamp shades in a sort-of Art Deco style which my mum was very keen for me to take away.
I hope to sell those on, as I really don’t have a use for them.

She also pretty much forced a candelabra on me which I don’t really like (and she *really* doesn’t like) and I definitely plan to sell that on. 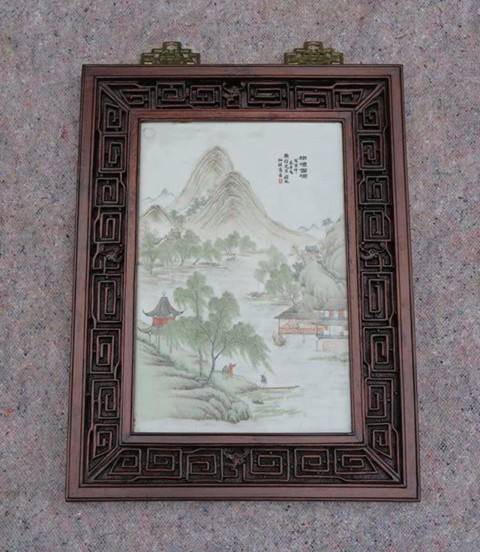 Another thing that caught my eye and caused me to go “Oh WOW!” was what appeared to be a Chinese painting on white porcelain, framed in fretwork, which had documentation on the back which appeared to be dated 1988, and rubber-stamped with text that seemed to say it was an antique of over 100 years of age. It had been bought by my maternal grandmother on one of her many foreign trips and, knowing her, was probably quite expensive. My mum said she was happy for me to have it as I have a love of the orient and several items of oriental furniture, and also she isn’t really that keen on it. So that seemed ideal for everyone.

There was also a wooden bead curtain that my mum was keen for me to take. I can’t decide if it is delightfully kitsch or hideously awful. 🙂 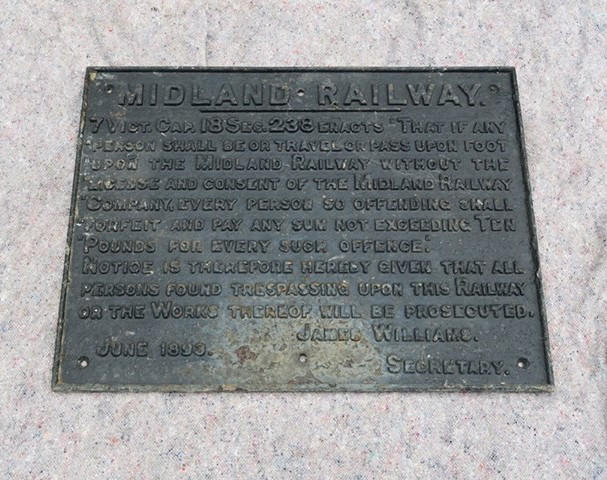 It turned out there was a small “Beware of Trains” sign, and a pair (duplicates) of a much larger sign. He suggested that I had the small sign, and one of the pair and he’d keep the other. And, further, since one of the pair was in fairly good condition and the other was in pretty poor condition, I should have the better of the two. The smaller is of indeterminate age but the larger is dated 1893 and could well actually be that old.

I’d like to mount them on the outside wall of my house next to the gate, although I do worry about the rust on the larger sign and wonder if I should restore it before doing that in order to protect it from further deterioration.

Finally, my mum gave me a vintage 1940’s belt and headscarf that had belonged to my paternal grandmother, and also a cute lipstick holder with integral mirror by Stratton, which probably dates from the 1960’s or 1970’s.

There were a few other things that might have been of interest, but we were running out of time so that was all that I came away with on that visit.

When I got home, I sent a photograph of the Chinese picture, and also the documentation on the back, to a friend who speaks Cantonese. After consulting with someone else for a second opinion, she came back to me with the news that it appears to be somewhat, shall we say, “misleading”, and that the inscription on the picture itself says (roughly) “Falling Stream”, then who it was painted for (a “Mr Shanzon”) and by whom, and that it is dated 1986. The documentation on the back looks like it is an export license, under the column headed “Dynasty” it says “Recent”, and the rubber stamp certifying it as an antique may have been applied in error (or dishonestly), or perhaps it is certifying the age of the wood of the frame, or something. Who knows? But this doesn’t bother me in the least – I wanted the picture because I like it and not because it is valuable.

In the next instalment. I’ll tell you how I restored the chair and made it ‘Shabby Chic’ with chalk-based paint, and also how I got some shelves for above the dressing table.