My work has taken me back down to Hedge End on a regular basis, and I was in Sainsbury’s Hedge End recently, which was where the Brides in the Aisles photo shoot was.

I saw the young Sainsbury’s employee who was roped into the photo shoot, but I was in guy mode so obviously she would never have recognised me. But I had really liked her during the shoot, and I felt I just had to say hello. So very bravely I waited until she was on her own and asked “Um, excuse me, but were you in the Brides in the Aisles photo shoot?”

When she said that she was, I said “I thought so. Um… I’m Joanne”

I’m not sure what I expected, or feared (certainly my heart was pounding in my chest), but she could not have been more natural, accepting, or friendly. Without missing a beat she just started chatting with me like it was the most natural thing in the world. We reminisced about the shoot, whether we had attended the actual event, I asked whether she had got into trouble for being seconded by us for most of a morning, etc. And when I mentioned I had been worried about saying hello in guy mode, she looked at me in momentary incomprehension and then was completely dismissive of it (in a good way).

Truly we are raising a generation way more tolerant than the previous. And I think that is totally awesome.

Brides in the Aisles

The Countess Mountbatten Hospice Charity have now published their official pic for their “Brides in the Aisles” Guinness Book of Records challenge, which is the attempt to fill the aisles of Sainsbury’s, Hedge End with 1,000 brides on Sunday 9th February 2014. 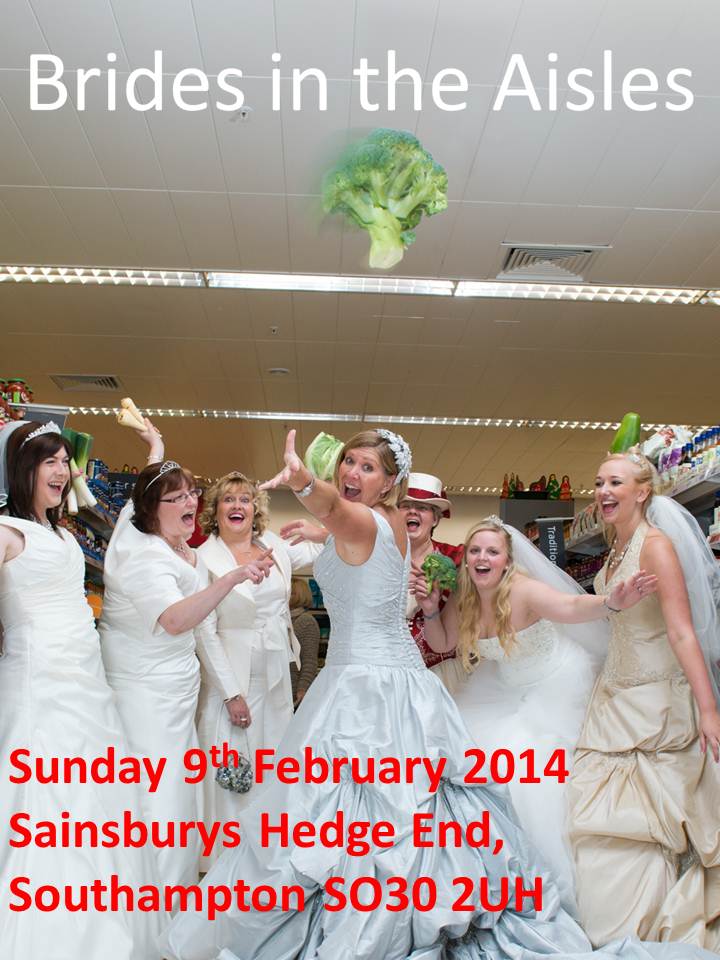 Posted by Hay Llamas on 2nd December 2013 in Diary, Out & About, Photos, Social

I had a fabulous opportunity to be a model yesterday. My good friend Del is a photographer, and he had been approached by the Countess Mountbatten Hospice Charity to take promotional photos for their “Brides in the Aisles” Guinness Book of Records challenge, which is the attempt to fill the aisles of Sainsbury’s, Hedge End with 1,000 brides on Sunday 9th February 2014.

The organisers had asked for girls of all types, including t-girls, so naturally he thought of me and asked if I wanted to be involved. Obviously I bit his arm off!

The lovely people of Brides of Southampton were involved, and they lent me the fantastic dress that you can see me in here. The dress was so comfortable that I didn’t want to take it off afterwards! 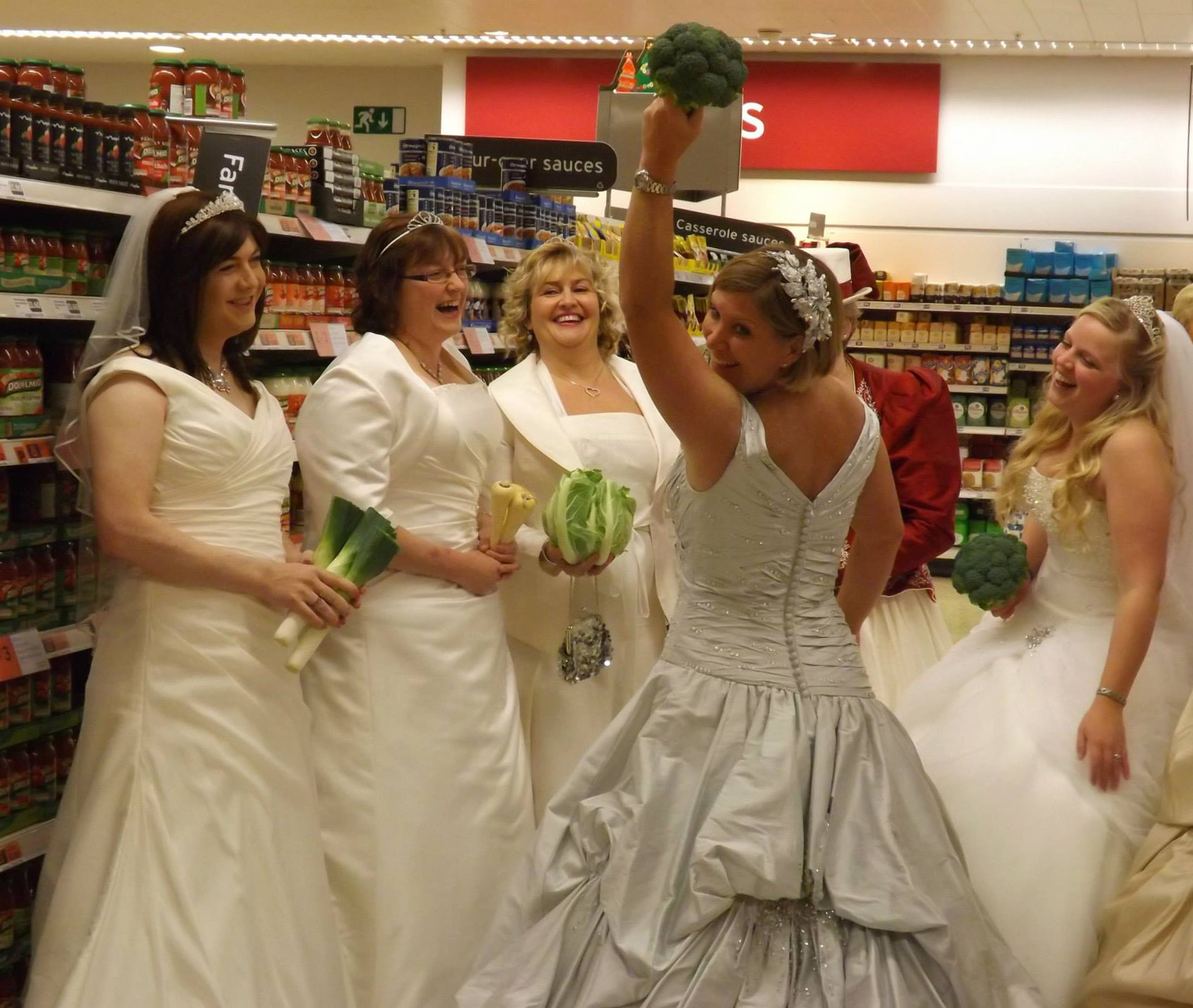 Brides in the Aisles

The vegetables were a little bit of silly fun because it is Sainsbury’s that is the venue. 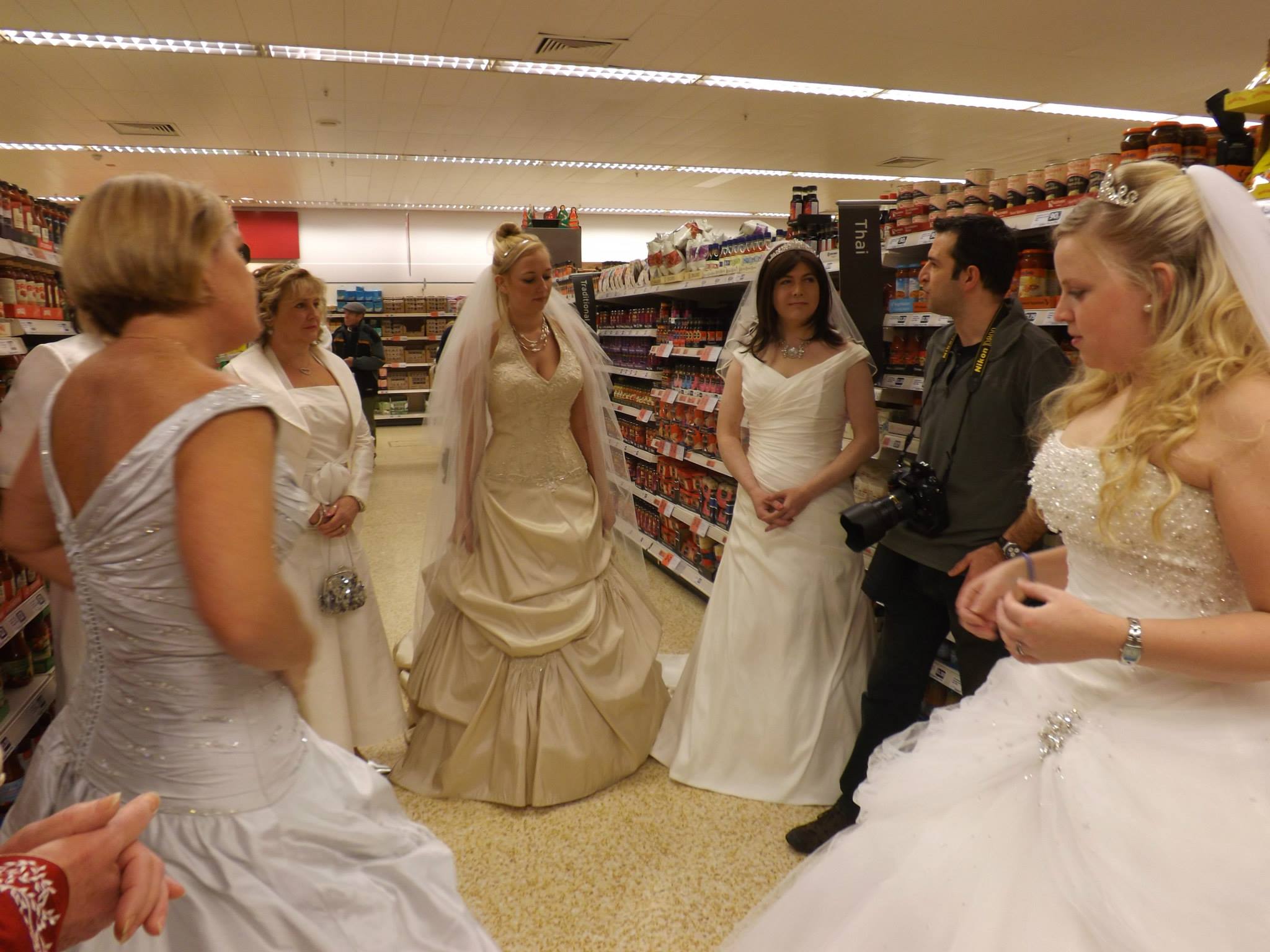 These pics are not from the official pictures, as they aren’t yet available. They’re just ‘behind the scenes’ snaps that were taken at the time and published on the Facebook page of the Countess Mountbatten Hospice Charity. I am reproducing them with their permission.

More pics as I get them.

Posted by Hay Llamas on 21st November 2013 in Diary, Out & About, Photos, Social