Recently, one of my colleagues wore the most GORGEOUS pairs of shoes to work. They were a pair of either black or dark Navy court shoes in a Mary Jane style, in material / fabric, with an ankle strap and a bow on the ankle, in a kind of vintage retro style. 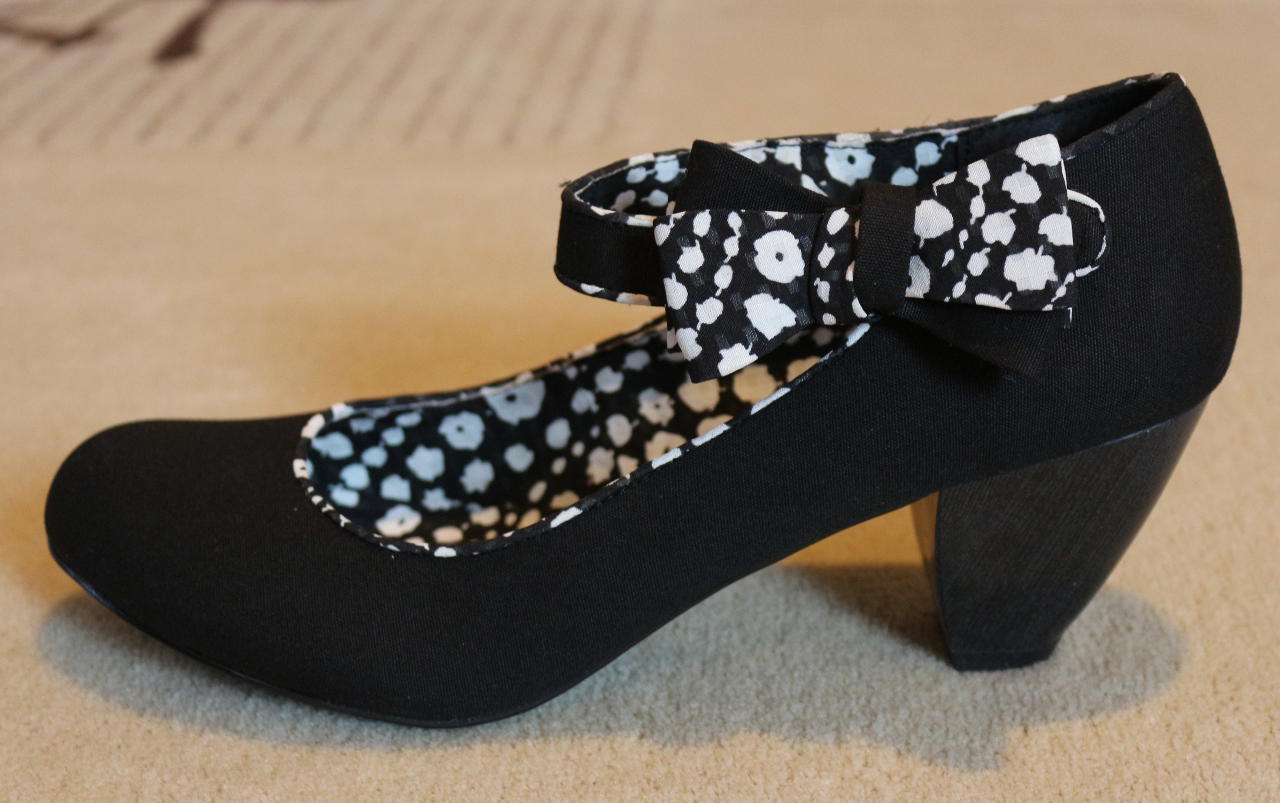 Initially I didn’t think it would be appropriate for me to talk to her about them in guy mode, but as luck would have it I bumped into her in the canteen mid-morning whilst we were both waiting to be served, and it was nice and quiet with nobody else in earshot, so I simply blurted out “OMG I love your shoes so much” and fortunately she was brilliantly positive and shot back “I know! Aren’t they fab!”. She wasn’t at all fazed by me wanting to chat about them, nor by me asking what make they were and where she bought them.

Turns out that they are by Ruby Shoo, who I must confess I have not heard of before, but from looking at their website I can see that they specialise in quirky fun shoes with a hint of vintage about them, and that is definitely my style.

When I had a moment, I started google image searching for “Ruby Shoe” (since that is what I had misheard) along with various attributes of the shoes my colleague was wearing, and I very quickly homed in on Piper in black by Ruby Shoo. It had to be the black because hers were plain with a floral bow, whilst the Navy blue version is polka dots all over. I surreptitiously checked her shoes a few times as I saw her around during the day to make sure I had correctly identified them, and I am absolutely sure I have. 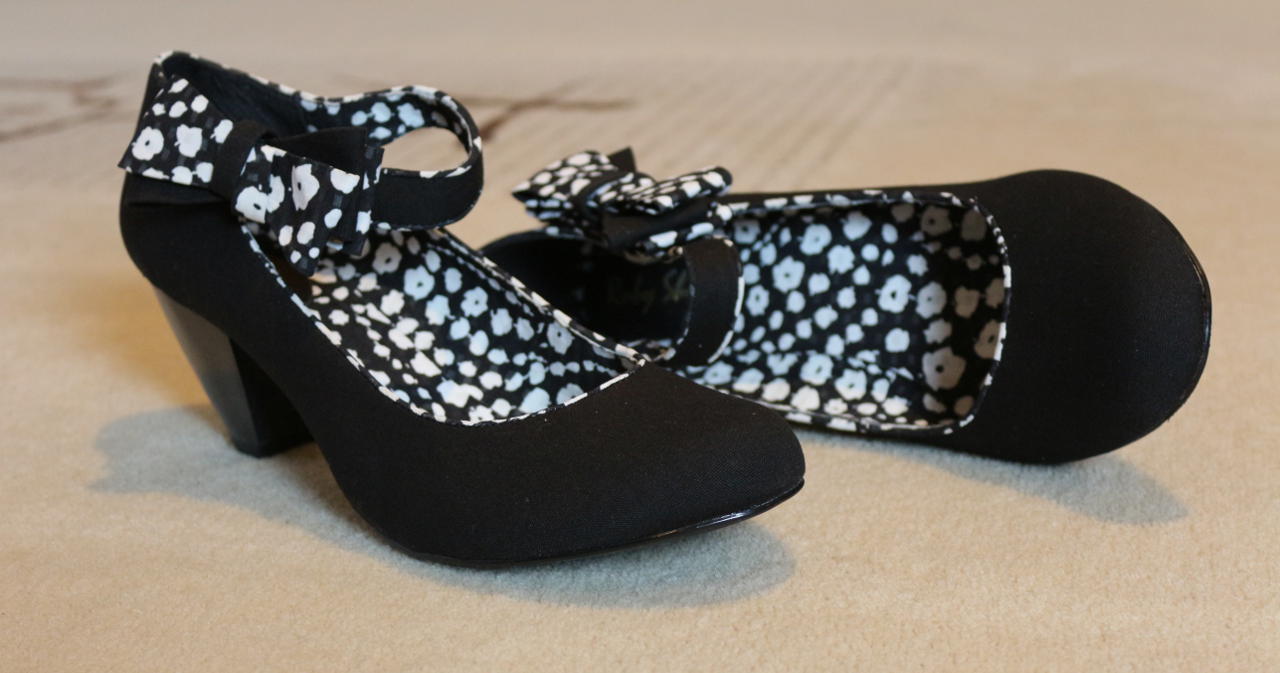 I’m a UK 8 for shoes, and initially was gutted to see that on Amazon they only go up to 6. But then I went onto the Ruby Shoo website direct and saw they actually go up to size 9 (unusually). Size 8 was out of stock but they did have a size 9, so I took a chance on that and ordered since they were the same price as on Amazon. Even better, I got a 15% discount for signing up to their newsletter so got them for £37.50 including postage. That seemed quite reasonable to me. 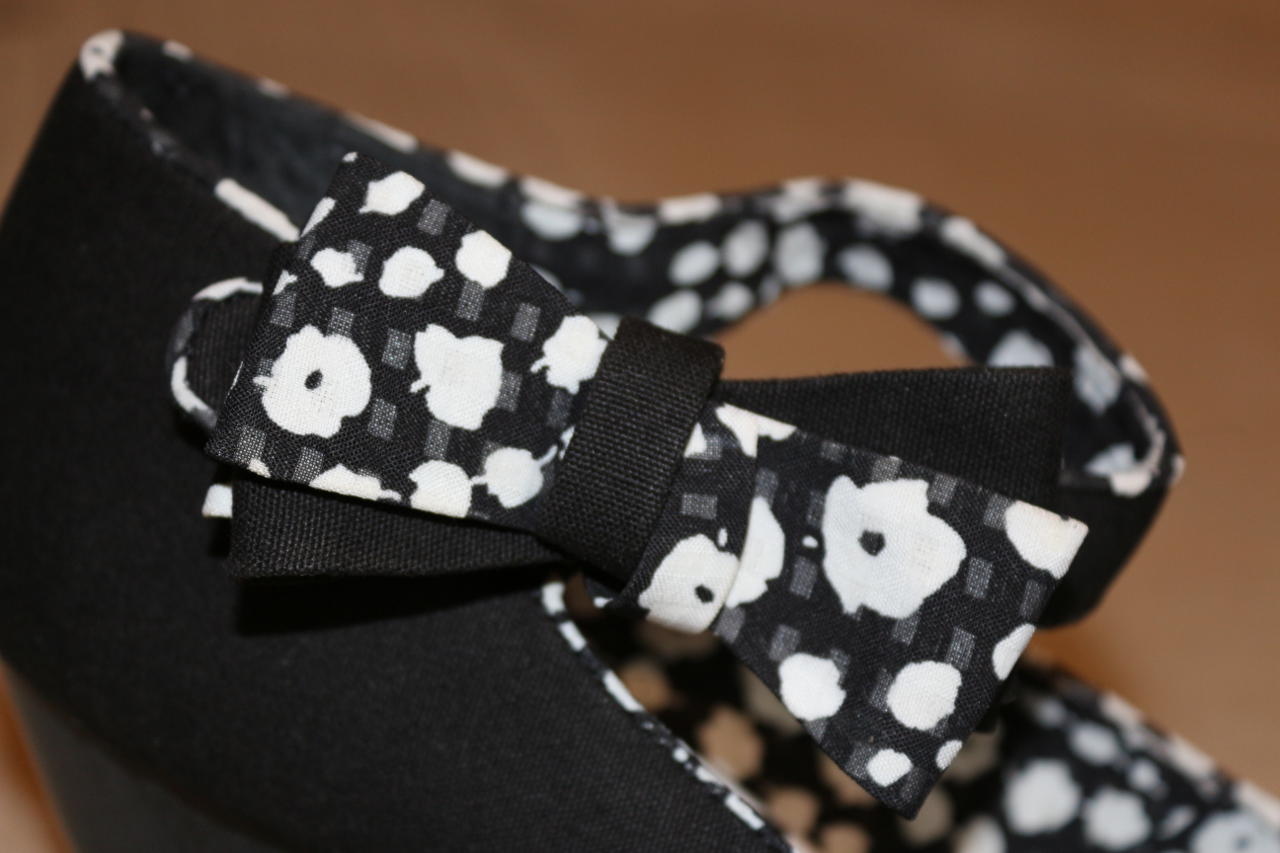 The very next day I got an email and text to say that the shoes had been despatched and would be delivered the day after and they indeed were.

They’re gorgeous and I love them, but unfortunately they are way too big and I really do need a size 8. Currently I am waiting for a reply from Customer Services as to when (or if) they will have size 8 back in stock and if I can exchange. I so hope they are not permanently sold out or I will be so upset!

[22-Oct-2015]
Ruby Shoo responded to my email (and also posted a nice reply to my Facebook post) saying that Piper has been an extremely popular choice this season and subsequently has completely sold out in size 8 and that they are not expecting any more stock of this style and colour. However, they did identify a stockist for me who did still have stock; a company called My Vintage. I went to their website and found that they did, but that they wanted £40 + £4.95 postage for them, which seemed excessive to me. I sent them a polite message asking if they would give me a discount code and received a prompt reply saying that they would not. However, I then found another stockist called Scorpio Shoes who not only had stock, but had free delivery, and even better had them in a sale, and they were reduced to £31.20! So I’m over the moon about this, as you can imagine.
I just need to return the size 9 to Ruby Shoo for a refund and keep my fingers crossed on the size 8.

[27-Oct-2015]
The size 8 from Scorpio Shoes arrived today (actually yesterday, but I wasn’t able to pick them up until today). They fit absolutely perfectly and I love them!
I also received the refund from Ruby Shoo direct. I was a little disappointed that the refund was less postage, however they only deducted the price of postage in one direction rather than both directions, so that’s something.