In my previous post I mentioned that I was considering staying in a hotel mid-week to break up my long-distance commute a little. A local Spa Hotel had a special rate last week where they had 20% off their standard room-only price, so I thought I would give it a go, just for one night.

I decided that it might be nice to take advantage of the different surroundings for some pictures, so when Tuesday night came around I spent ages packing up all my make-up, some outfits, and all the stuff I felt I would need. In the end I filled a small suitcase and also a shoulder bag. It’s absolutely no word of a lie that women need more luggage space than men.
I packed a nice silk (or silk effect anyway) black corset and some fashion tights, a nice dress, some shoes to go with it, and a PVC corset, PVC boots and PVC skater skirt. It wasn’t really my intention to take any photos for public consumption with the PVC outfit, but I just thought it would be a little fun.

I arrived at the hotel at about 5.30pm, checked into my room, unpacked and hung up my dress, and decided that I would have a little walk around the grounds. So I grabbed my camera and went for a wander. The hotel and grounds were nice enough, but there was a bit of an air of “faded glory” about it all. I managed to take a few nature and architecture photos, but none that I was happy with or wish to publish.

Returning to my room, I thought I’d get my swimming gear together and go down to the Spa and use the facilities. I have to confess that I’m not much of a swimmer or a bather, and I’m not really into saunas, so it was little surprise that within 20 mins I was bored and had enough so decided to return to my room.
Barely an hour had passed by now, and already I was very bored and realising that this hotel idea was probably not working out. Yes, it’s all very convenient not to have to drive 50 miles to get home, and the same back the next day, but being away from all the amenities of home is a big down side. 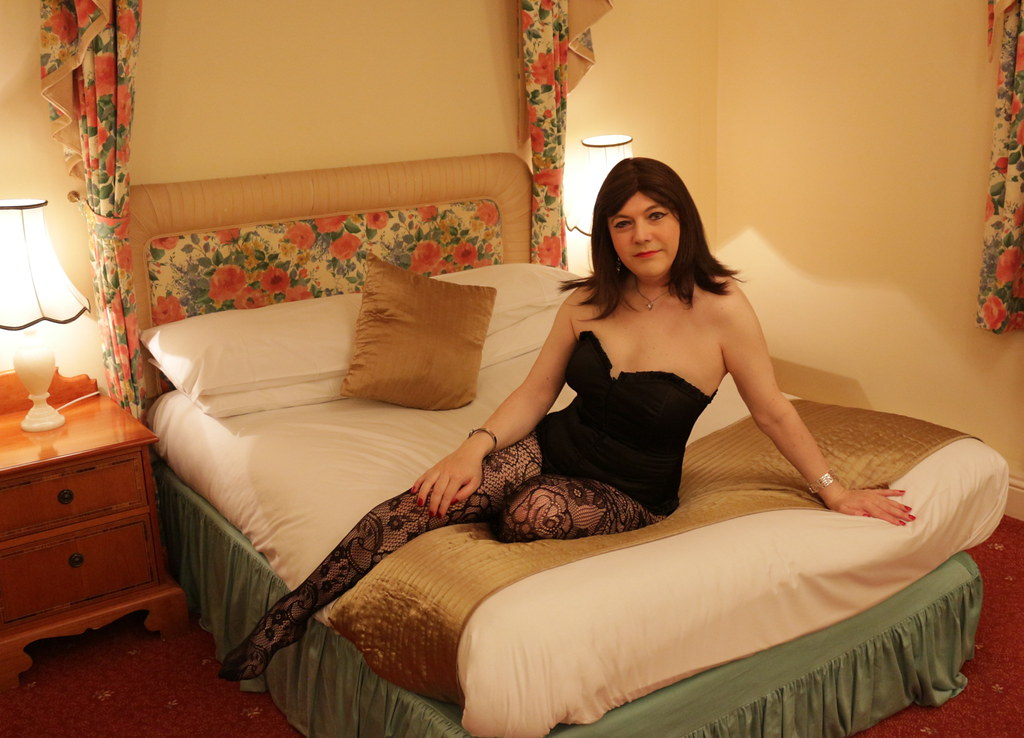 I’d brought a bottle of wine with me, and also a box of sushi, so I had the sushi and a glass of wine whilst surfing through the channels on the telly, then after that I thought maybe I’d do my nails (bit of a frivolity to do that only to take it off again a few hours later, but I thought it would look nice for the pics). That seemed to take ages, but I did it whilst watching a Dave Allen compilation show on BBC iPlayer on my tablet, although it tended to buffer every so often which was rather frustrating.

After my nails were finally dry, I started getting my makeup on although it initially didn’t go very well and seemed to take twice as long as usual. Also I made several mistakes trying to do eyeliner wings, and ended up taking ages and getting rather frustrated with myself. Also I discovered that the eyeliner pen that I mentioned in my previous post was useless – it was far too narrow.
By now I was starting to get really rather upset and was very close to taking it all off again and not bothering, but I was exchanging emails with my friend Sarah whilst I was doing this and she encouraged me to keep going. So I stuck with it, then got dressed, and finally felt I was ready, then took the set of photos of which I chose to publish the one above. 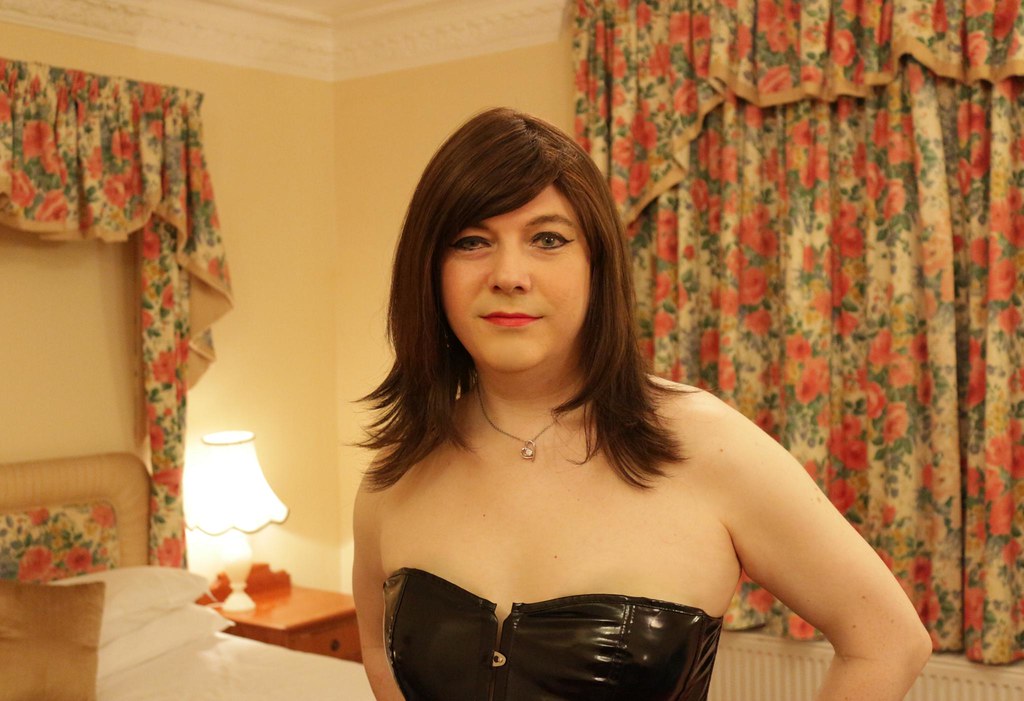 After that, I changed into the PVC outfit but wasn’t at all happy with how it sat on me; it looked awful, and none of the photos I took are anything that can be shown. Not even in private, so don’t bother asking. However, I did take a few head & shoulders portrait shots whilst wearing the PVC corset and I was quite pleased how this one came out. So that got published too.

By now I was really weary of the whole thing and I really didn’t feel like changing into the dress that I had also brought with me. Besides, the time was getting on by now and I needed to start thinking about bed, which meant planning enough time to get my makeup off, get unchanged, and get everything packed up again. So that was that.

The plan had been to have a lie in the next day, but I slept badly and woke earlier than usual and couldn’t get back to sleep. So I decided to get up, have a cup of tea, check my emails, Facebook and Twitter, and then check out and go to work. I made it in to work for 7.15am. Eeeps! Still, at least that meant I was able to leave mid-afternoon having done my hours.

Will I do this again? I don’t know. If I do, I will plan my entertainment a lot better – perhaps bring my laptop along with some DVDs and other offline content, so as not be so reliant on patchy Wi-Fi. Maybe a good book too. And if I do take pics in girl mode again, it’ll be less ambitious (with no nail varnish). We’ll see.

Posted by Hay Llamas on 8th September 2014 in Cosmetics, Diary, Health and Beauty, Out & About, Photos

I finally overcame my inertia and got myself all made up and did a photo shoot yesterday. My plan was to do some outside in the sun, as I have been waiting for some nice weather for ages, and the forecast was “sunny spells”. Sadly I didn’t get any sun, but I did get some bright overcast weather in between the showers, and managed to get some photos. I’ll be posting them over the next few days because I don’t like to post everything at once.

I took photos in 3 different outfits, and the final one was something a little naughty… A little Burlesque, a photo by Joanne (Hay Llamas!) on Flickr.

I bought this corset and tutu set ages ago on eBay but this is the first time I’ve worn it. The boots you will have seen before in another pic; they’re my awesome Doc Martens.

I have to confess to some Photoshoppery on this pic as the tops of my bewbies were visible and needed to be blended into my skin. I think that came out quite well actually! I think the colour balance might be slightly out too, but hopefully it’s not too bad.

As a little bonus, here is another pic I also took at the same time. I haven’t published it on Flickr yet so you are getting a sneak peek here! 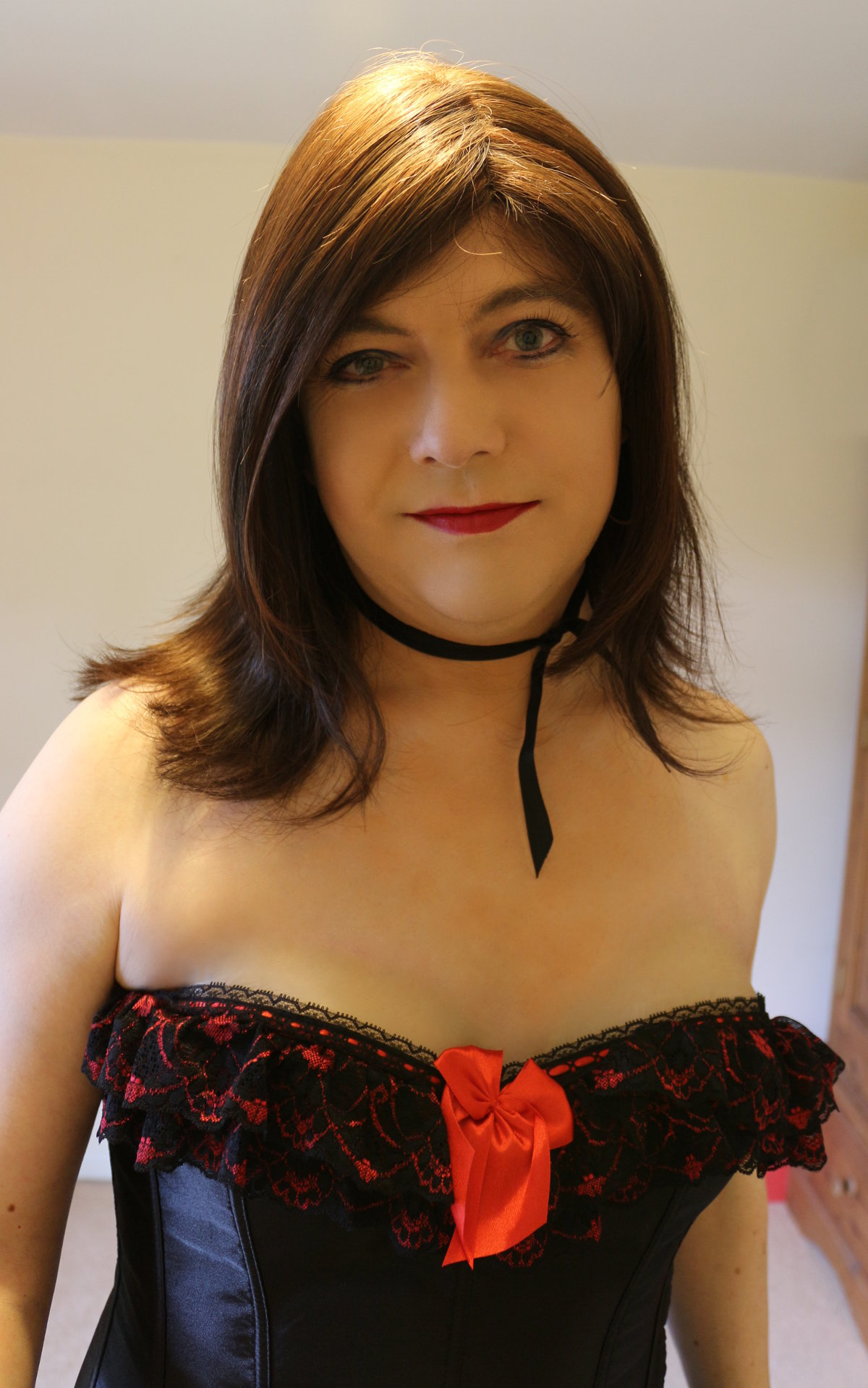 This one required quite a bit more Photoshoppage as it is a close-up. Hope you can forgive me for that! Posted by Hay Llamas on 1st March 2013 in Clothes, Shoes, and Jewellery, Photos