Recently I bought a picture frame containing three advertising postcards for OXO, Bovril, and Bisto, mainly because my best friend and I have a running gag about Bisto but also because I like retro advertisement art.

The frame was in pretty poor condition. The backing of the frame was cardboard and was rippled and warped, causing the postcards to bow, the sealing tape was coming away, and it was all pretty grubby. But it was also only £10. I figured that worst case scenario was that I would have to re-frame it. 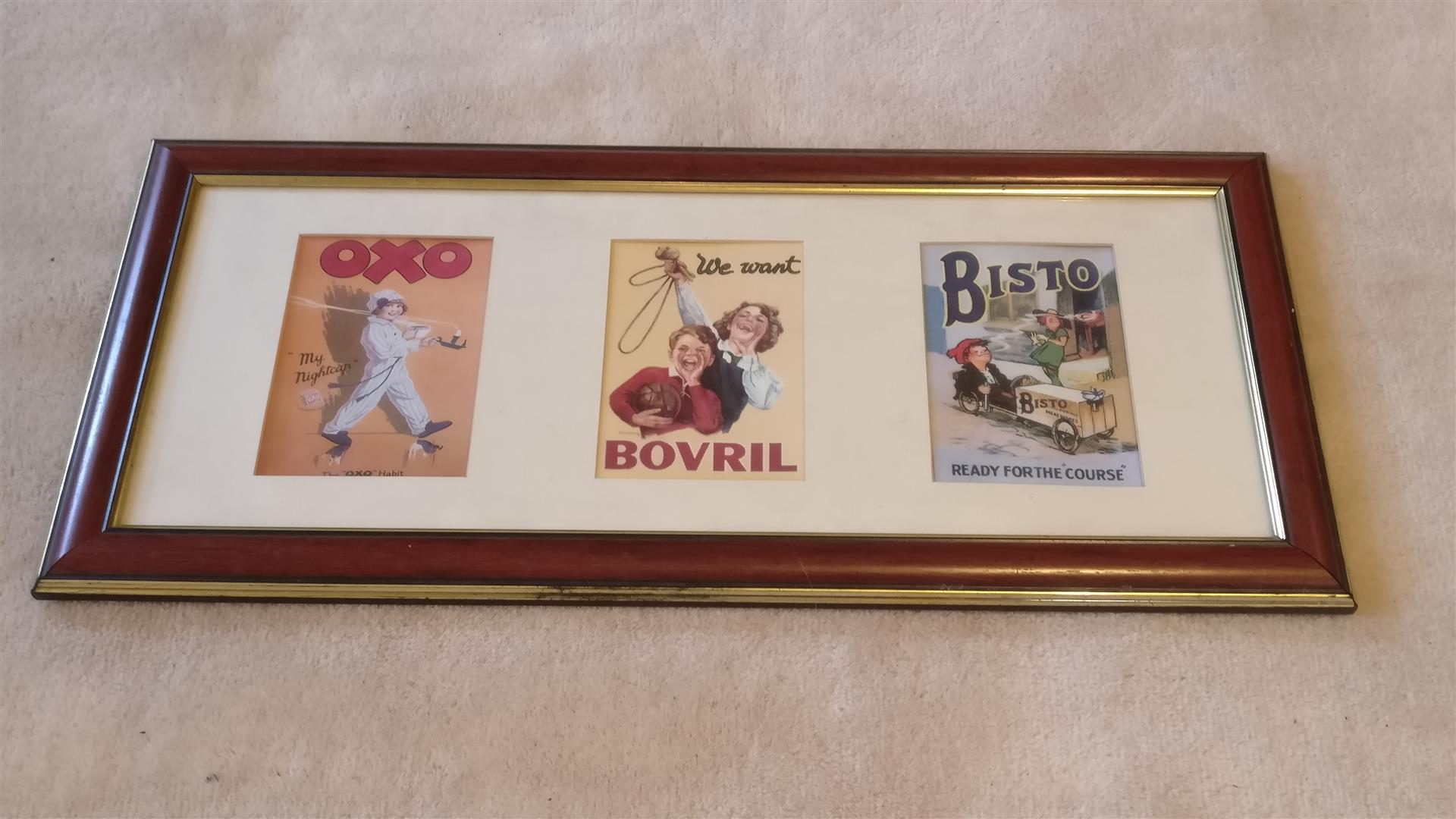 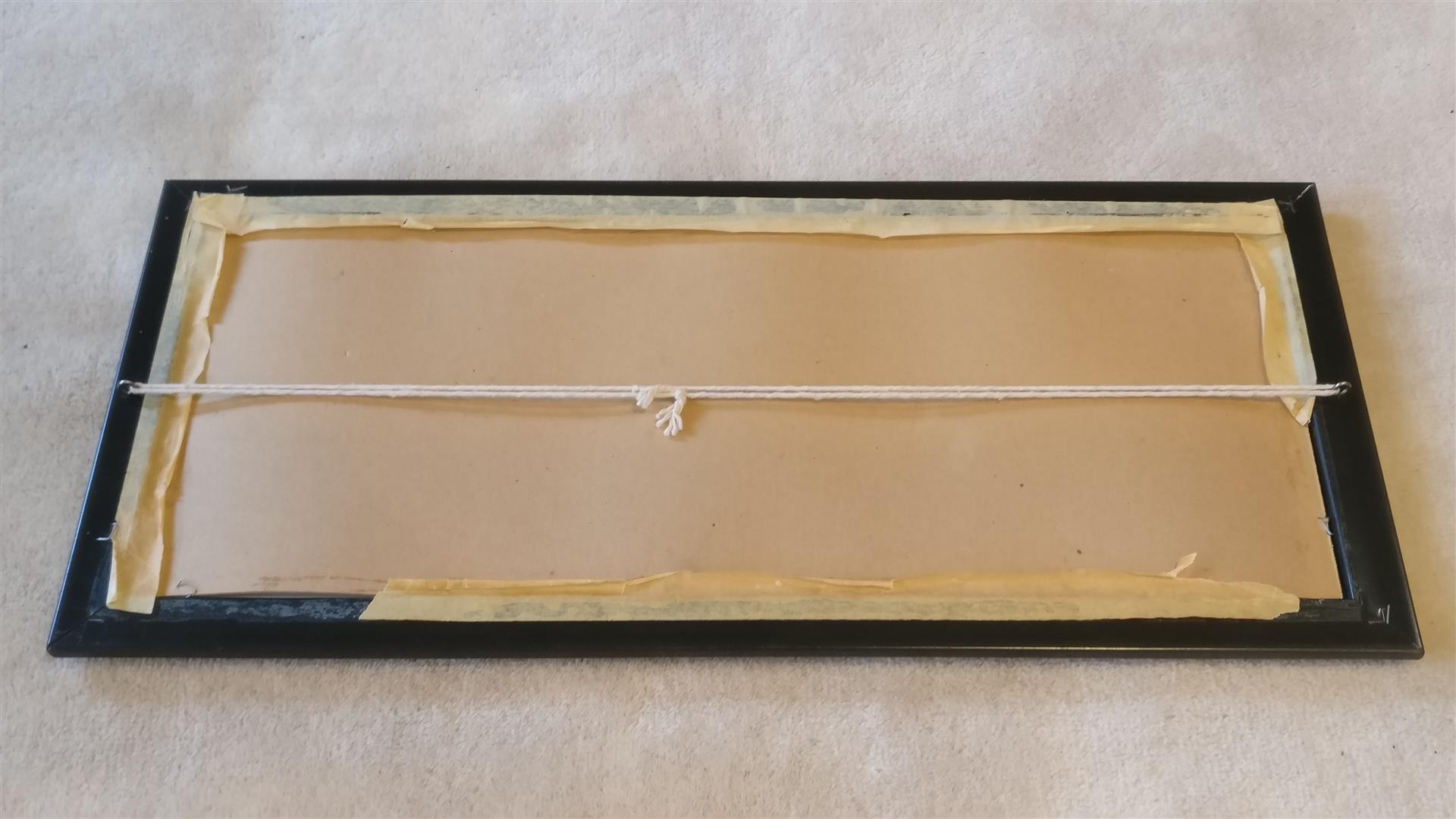 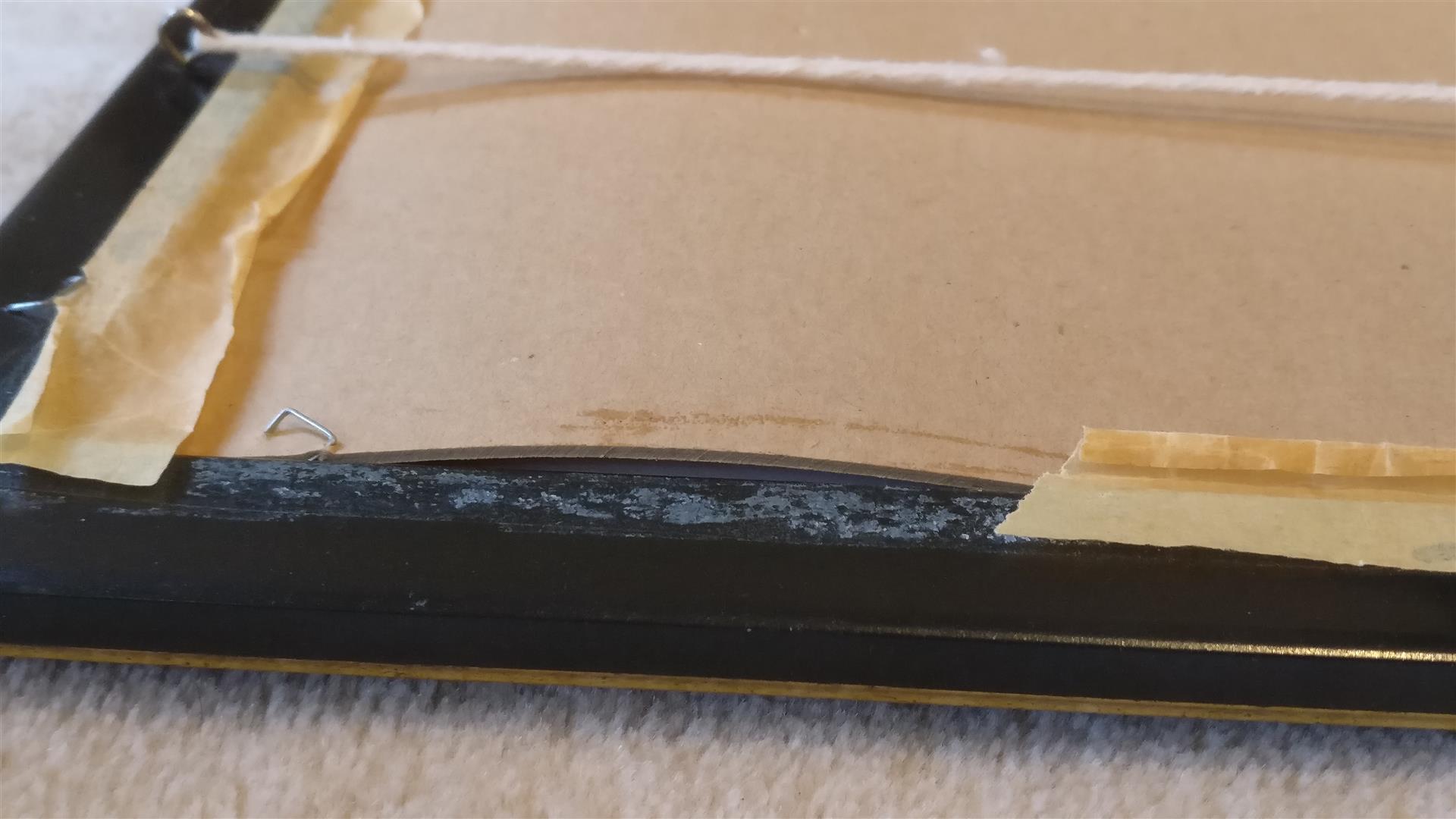 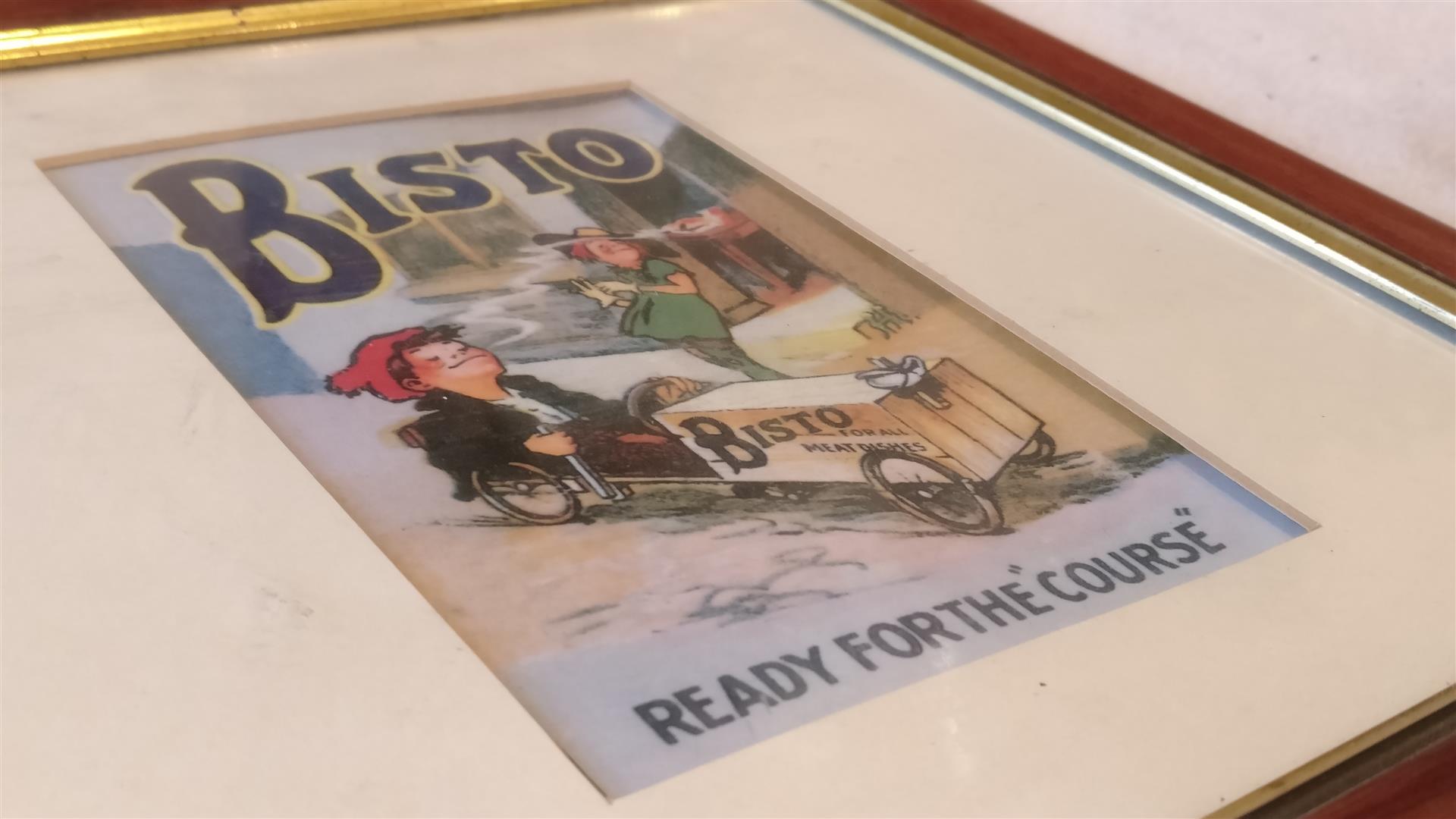 Upon disassembly, I found the photo mount was actually in fairly good condition and unmarked, and likewise the postcards themselves were in pretty good condition too. This was excellent news. 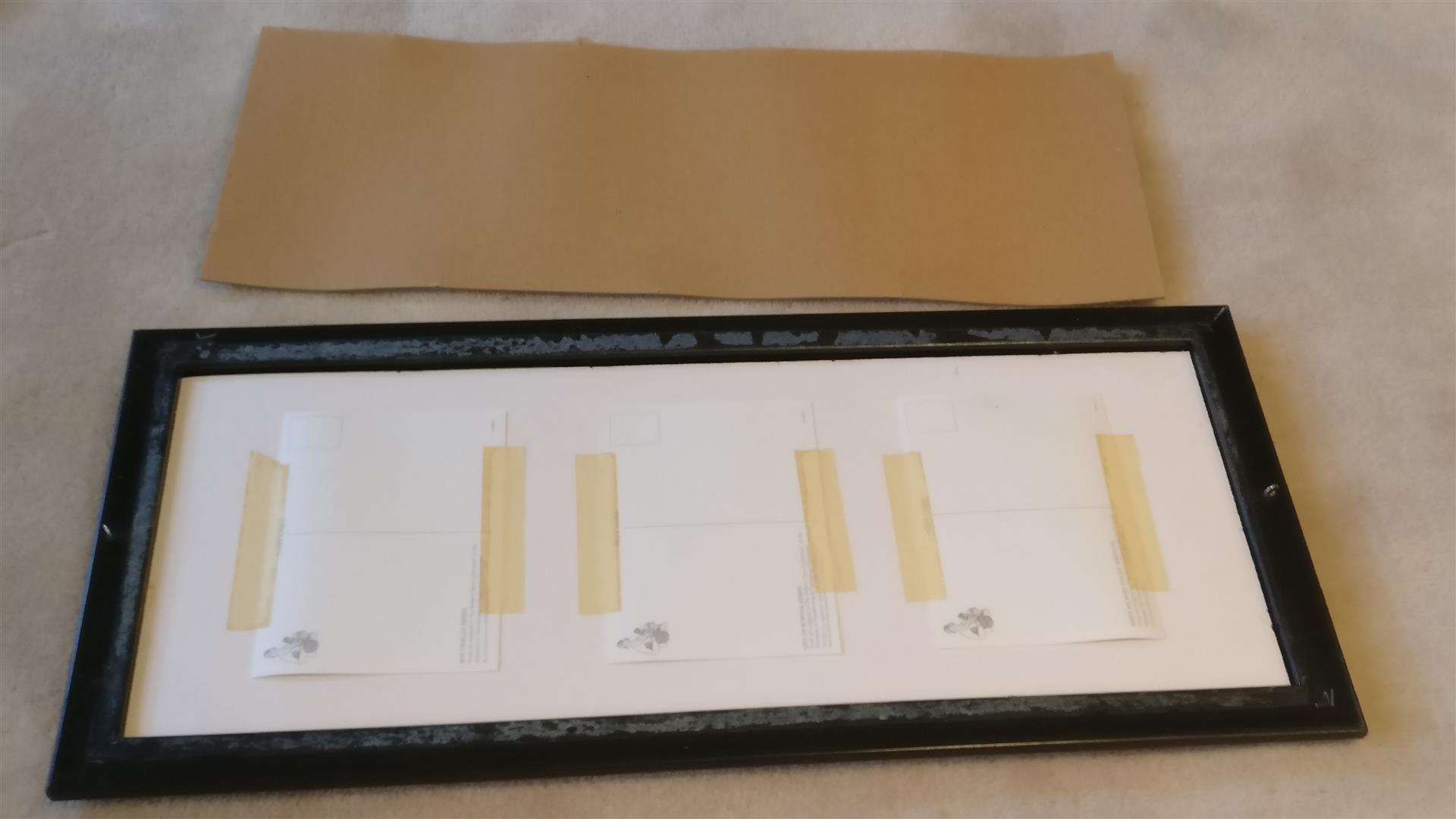 First job was to address the back. I had the backing board from an old clip frame whose glass had broken, so using the existing cardboard back as a template I marked out a new back, choosing to live with the clip holes as otherwise it would have been more sawing and less backing board left over for future use. I then cut it with a fine tenon saw and sanded smooth with a sanding block. 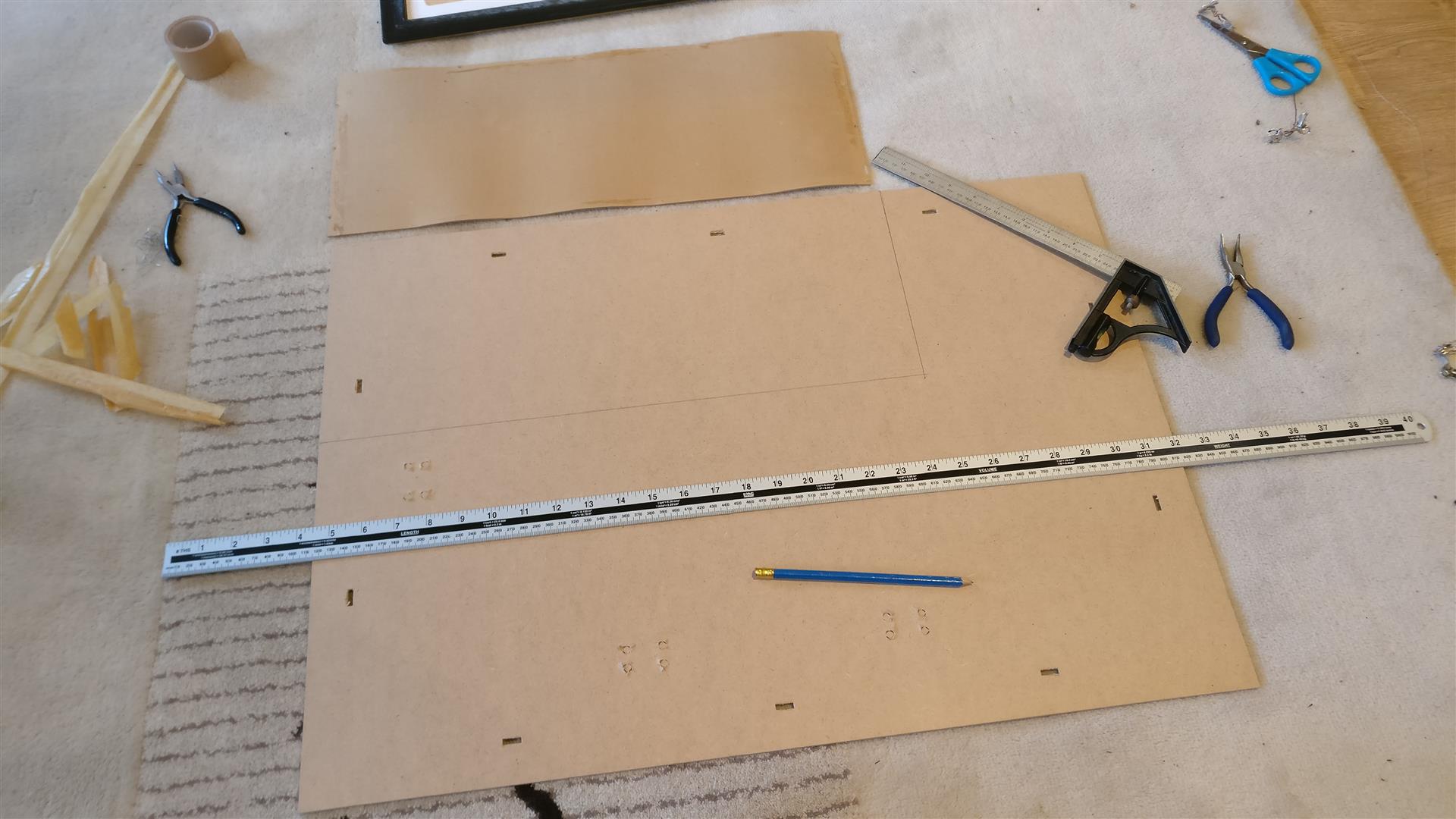 Next was to thoroughly clean the glass with glass cleaner, which brought it up a treat. The glass isn’t perfect, and has some scuffs on it, but is good enough.
I also decided to attach the postcards more firmly to the mount using brown picture tape. Although this wasn’t strictly necessary as the rigid back board should squish them flat, there is no harm in over-engineering. 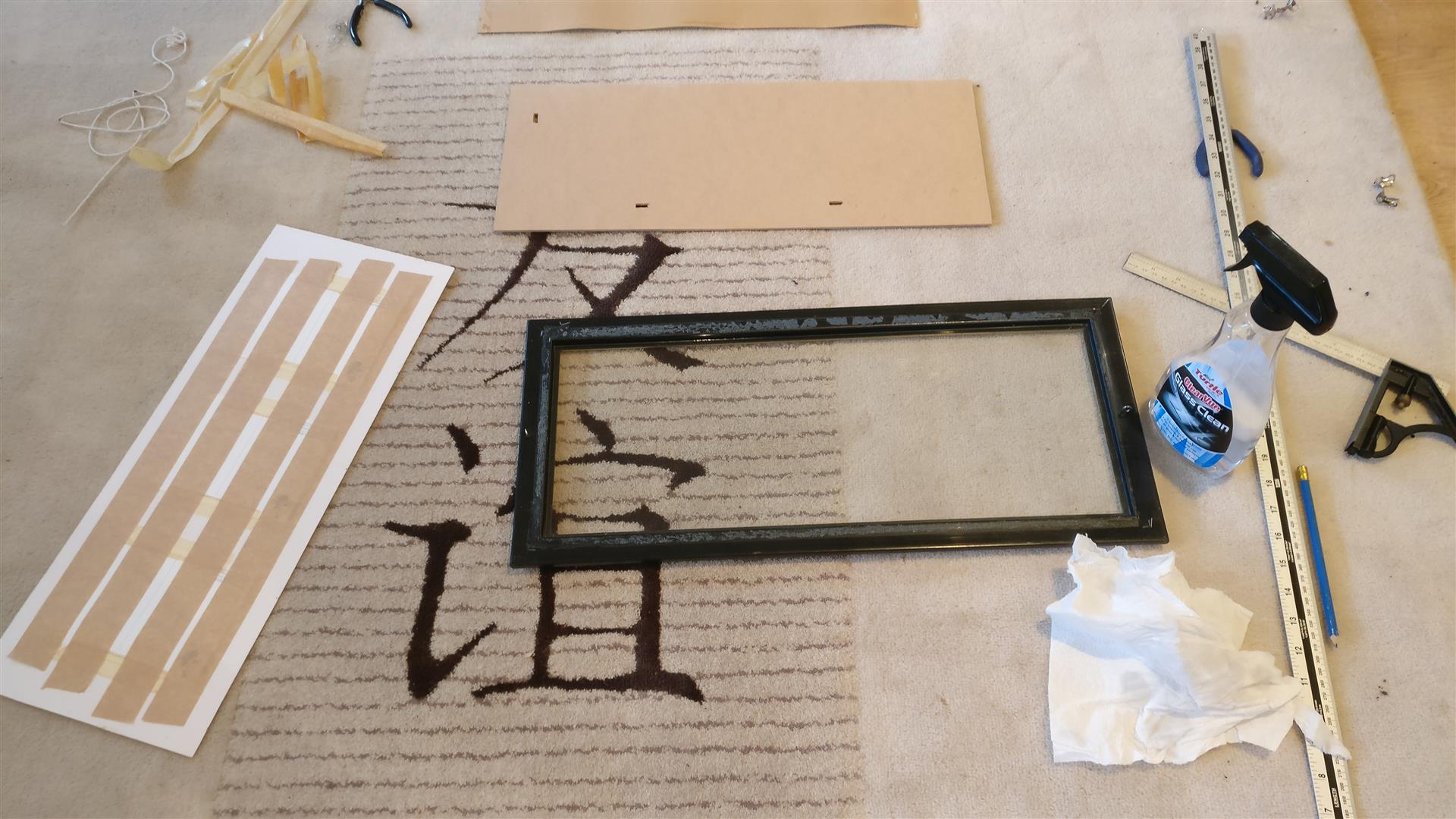 Next, reassembly. I don’t have a tab gun, so instead I used panel pins. The first one I tried just hammering in, but it immediately became clear that this was putting too much stress on the frame so instead I used a jewellers hand drill to make pilot holes, which then required only minimal hammering on the pins. 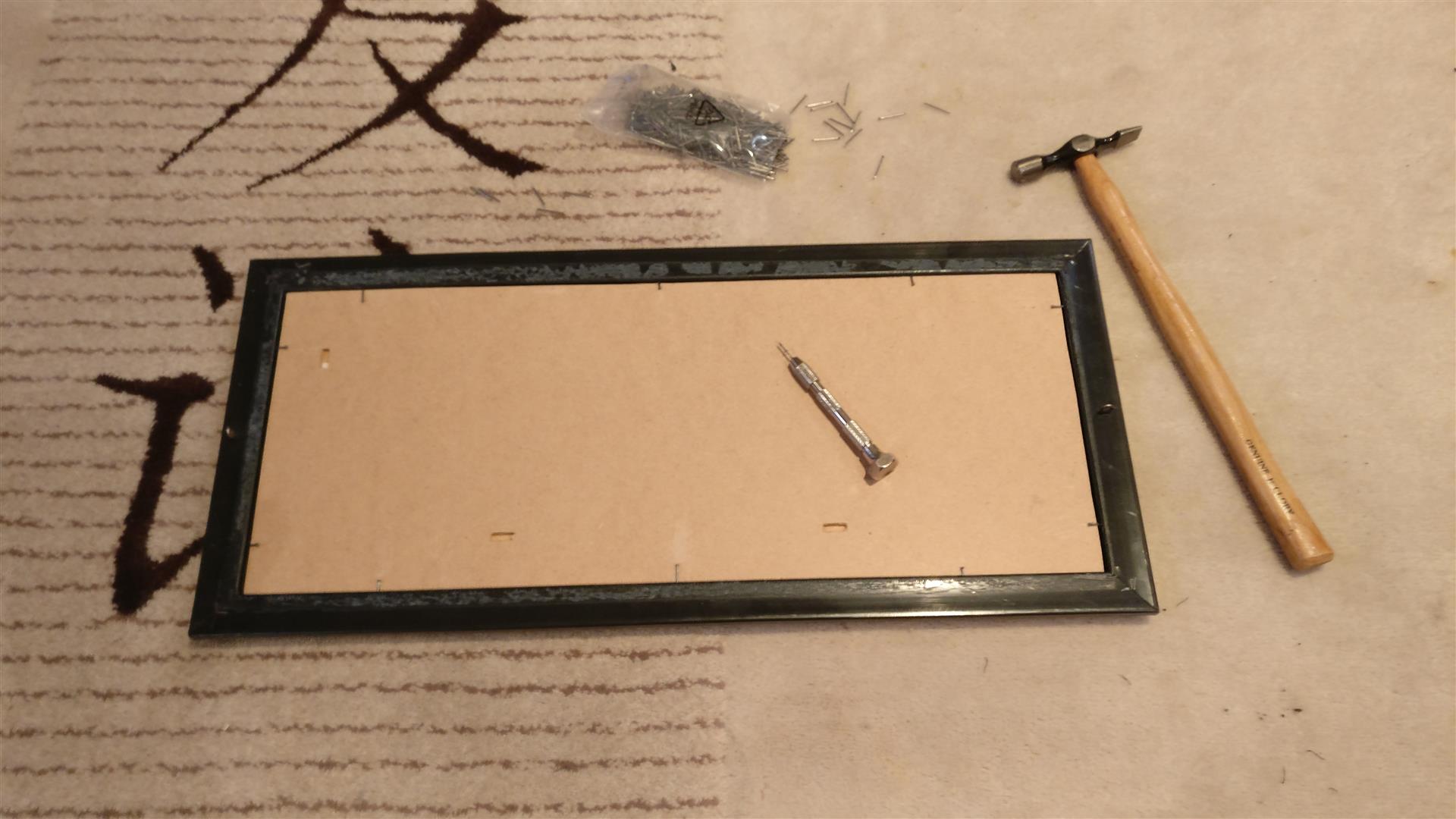 Then I finished it off with brown picture tape. I applied two overlapping layers in order to hide the slots from the clip frame back.

I also moved the hanging eyes up from their midpoint position to a little higher up, and replaced the original string with wire. Since I didn’t have any picture hanging wire to hand, I used some green garden wire instead which should be entirely adequate. 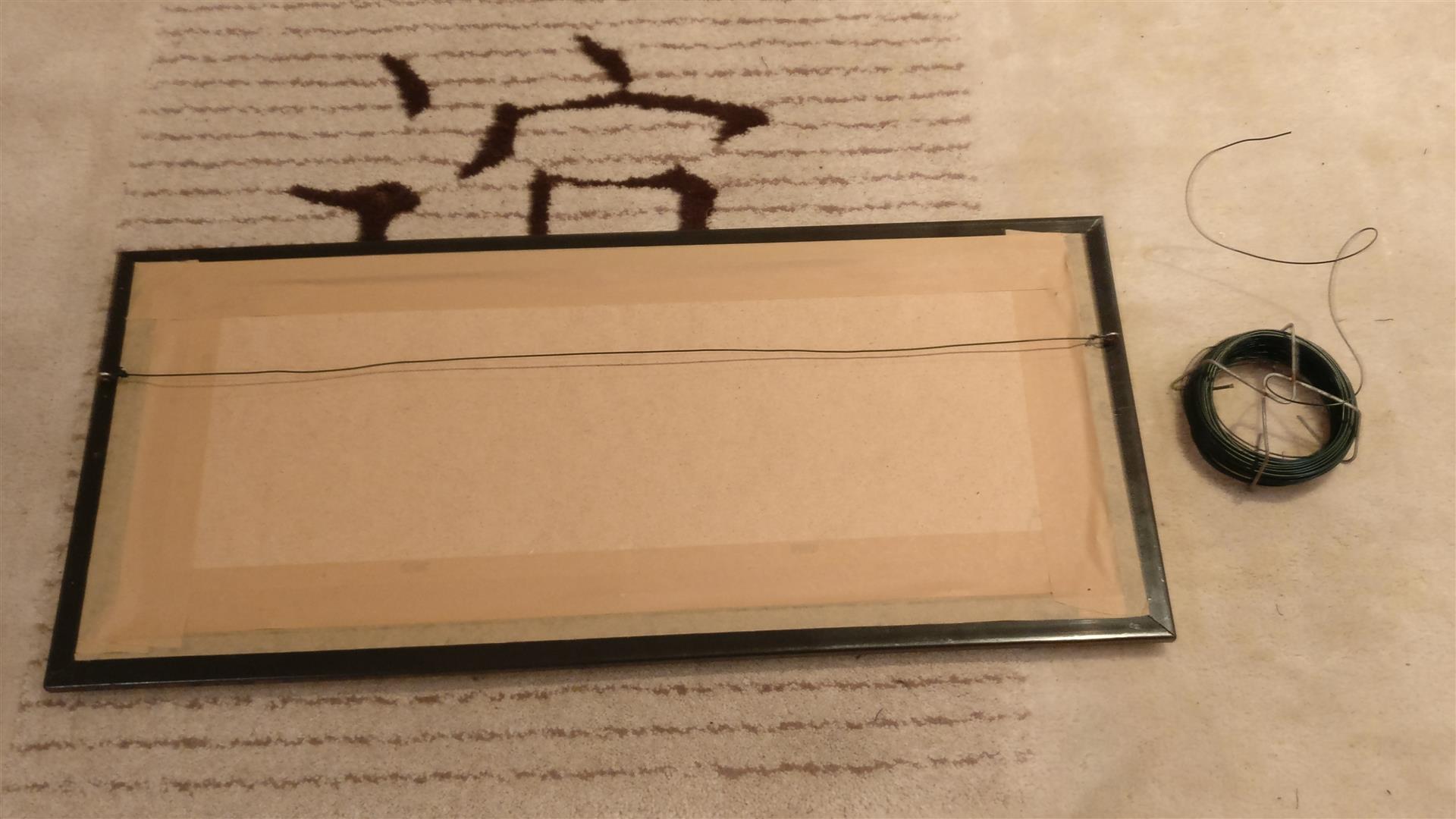 And, at last, it was done. It looks so much better than when I started, even if it isn’t immediately clear from the pictures. 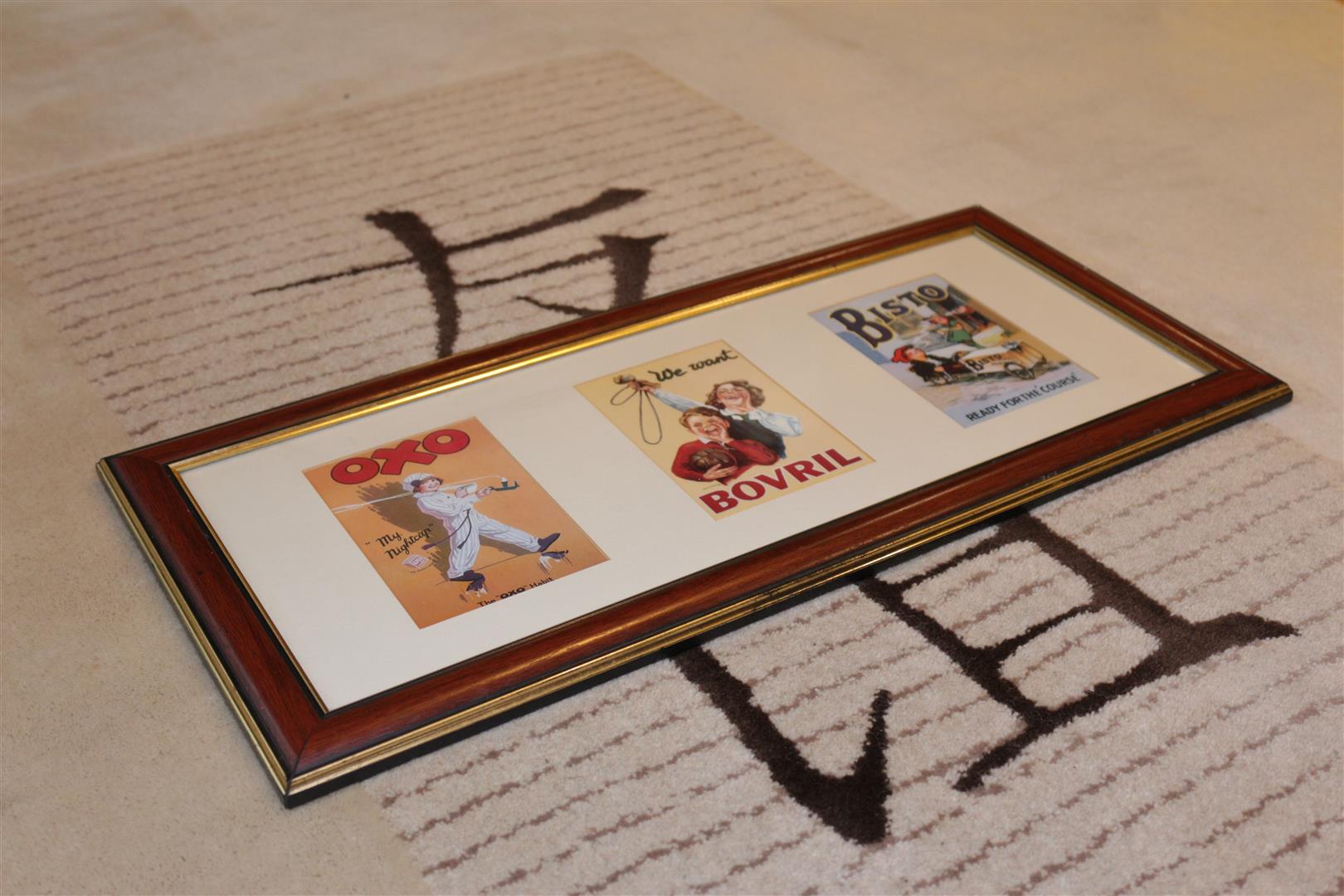 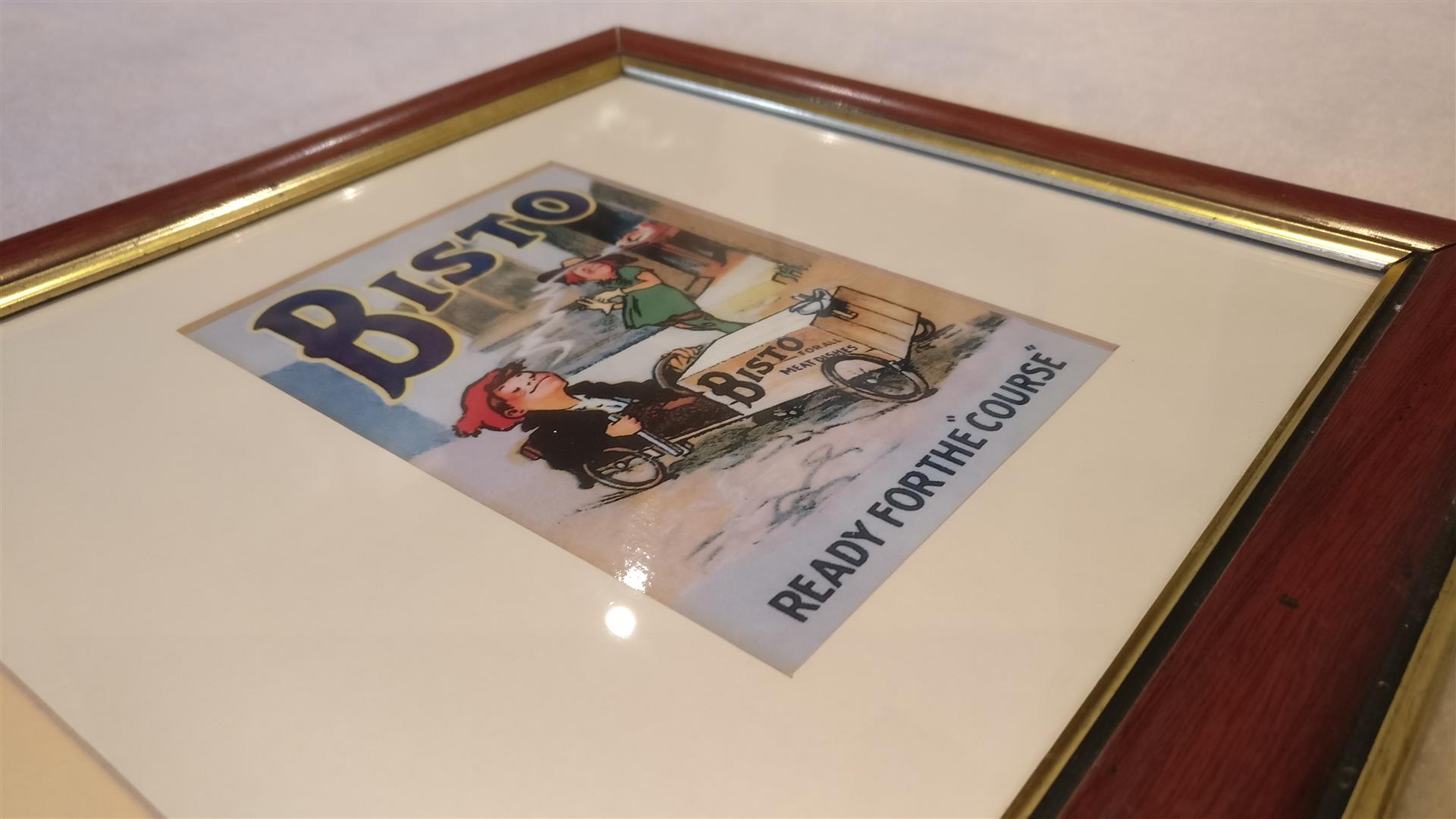 Royal Worcester – Moments For You