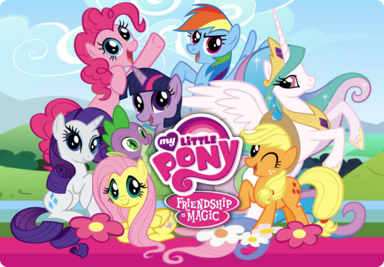 As some readers may have guessed from my post on creating a Rainbow Dash handbag charm, I’m a fan of the TV show My Little Pony: Friendship is Magic. If you’re not familiar with this, it is a TV Show that, although primarily intended for girls up to 11, has gained a much wider audience than intended. It is about a studious unicorn pony called ‘Twilight Sparkle’ who hasn’t developed very good social skills and who is sent to a nearby town by her mentor to learn about friendship. There she becomes close friends with five other ponies (‘Rainbow Dash’, ‘Fluttershy’, ‘Pinky Pie’, ‘Rarity’ and ‘Applejack’), each of whom have personalities that represent a different aspect of friendship. It’s well written, well drawn, well animated, has good humour, and also has a good moral outlook. It manages to promote friendship, kindness, joy, tolerance and acceptance without being overly ‘preachy’ about it. I like it because it has a feel-good vibe about it – it makes me smile, makes me happy, makes me feel positive. Sometimes I get outright belly laughs, sometimes I get emotional to the point of tears, but overall it’s just a nice TV Show that I enjoy.

Despite the target demographic of young girls, Friendship Is Magic has also gained a large following of older viewers. Reasons for this unintended appreciation include Faust and her team’s creative writing and characterization, the expressive Flash-based animation style, themes that older audiences can appreciate, and a reciprocal relationship between Hasbro, the creators, and the fans. Portions of the show have become part of the remix culture, and have formed the basis for a variety of Internet memes. As a result, in part, of this unexpected cross-demographic audience interest, the series has become a major commercial success. 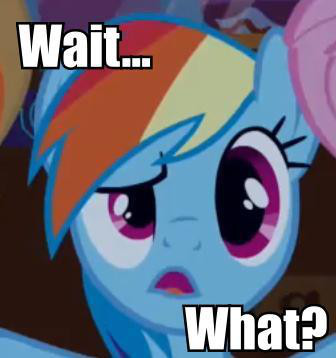 However, many people have an extremely negative perception about the show, or more specifically why it would appeal to someone of my age. Quite bizarrely, I have had people be perfectly accepting about me being transgendered yet very disparaging about me liking this show.

So why is this? I think there are a multitude of reasons. One is ignorance; people think they know what the show is about. They think it is an extended advert for the 1980’s toys (since that is their only experience of it) and think that adults who like the show must therefore be odd people who play with those toy ponies. This isn’t the case at all – generally fans of this TV Show (which first aired in 2010) enjoy it primarily as a TV Show and any toys purchased would be done so in the same way that anyone would buy merchandising and collectables of a show they like – this is very common in fan culture. So, yes, I have a handbag charm of one of the characters of the show but that’s because I like the show. It doesn’t mean I play with it as a toy.
There is also an aspect of people seeking to dictate how people of a certain gender, age, sexuality, etc. behave. That’s less of an issue in my case because all my friends know that I am transgender, fairly silly and am a bit immature, but there is still an undercurrent of suspicion that an adult would like a “show for young girls” – clearly there must be something disturbing and sinister about that.
And, finally, I think a lot of people simply don’t get fan culture in general – whether that be Comic books, Star Wars, Star Trek, Anime & Manga, Doctor Who, Harry Potter, or anything else of that ilk.

Of course, there is also the fact that Bronies (the somewhat fanatical adult predominantly male fans of the show) often don’t do themselves a lot of favours by being rather in-your-face and obsessive about their fandom. However, I think that anything taken to the point where you talk about nothing else can be very annoying, and I cite football fans who never shut up about the game amongst those. Of course, in both these cases this merely represents the extreme – you will also have fans who simply enjoy it amongst a variety of other enjoyments. I’d count myself as one of those.

Sadly, though, the extreme “Brony” fans are the ones everyone sees and holds up as a negative example. It’s odd, because if you follow F1 then you aren’t instantly branded Tifosi, yet if you like My Little Pony you are instantly branded a Brony, with all the negative connotations that is attached to it. 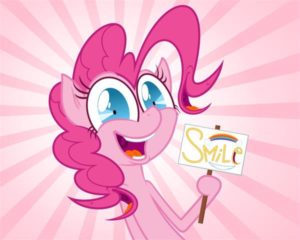 Anyway, I hope this little article has gone some way towards dispelling a few myths and misunderstandings about this show and why I like it.

It’s a show about friendship, kindness, joy, tolerance and acceptance. So I’d just ask that you kindly accept and tolerate this aspect of me.

Update (01-Nov-2017)
Den of Geek published a very good article which goes into this in far more detail than I have, and which raises some interesting points. Not least, like my article, observing the irony that a show whose central tenet is understanding, acceptance, inclusion, and tolerance can attract such misunderstanding, rejection, exclusion, and intolerance.

Posted by Hay Llamas on 1st August 2014 in Opinion