Following on from my previous post about fountain pens, I was at an Antiques and Collectors fair at Ripley in Surrey last month, and one of the sellers had some fountain pens.

He had several Jinhaos and also some Chinese knock-off versions of the Parker 51, which he invited me to try and they were impressively smooth I have to say. I subsequently found that was the Hero 616 which I ordered for £1.03 on Amazon Marketplace when I got home.

We had a chat and I told him about a Jinhao X750 I had on order (more on that in another post), and we chatted for a while about pens and how these cheap Chinese imports are such good value for money. It was a nice little chat.

I then noticed he had a Sheaffer, and asked if it was a Chinese copy too but he said it was genuine. He didn’t know the provenance or age, as it had come as a job lot from a house clearance. He was asking £15 for it so I decided to take a punt. I didn’t even haggle him on price as I thought £15 was fair.

The barrel is very lightly scuffed in one place, but the cap isn’t dented and it seems in very good condition. 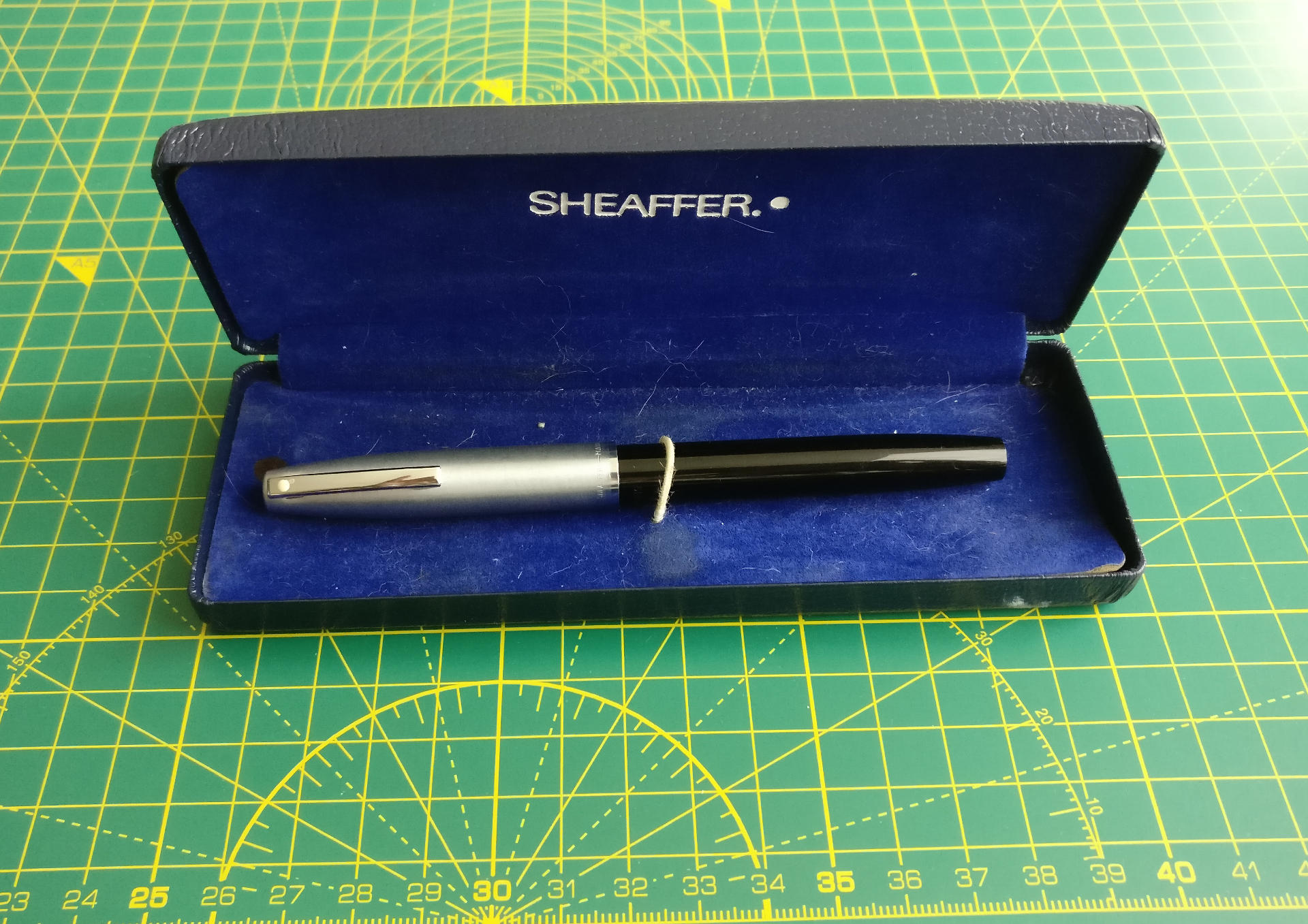 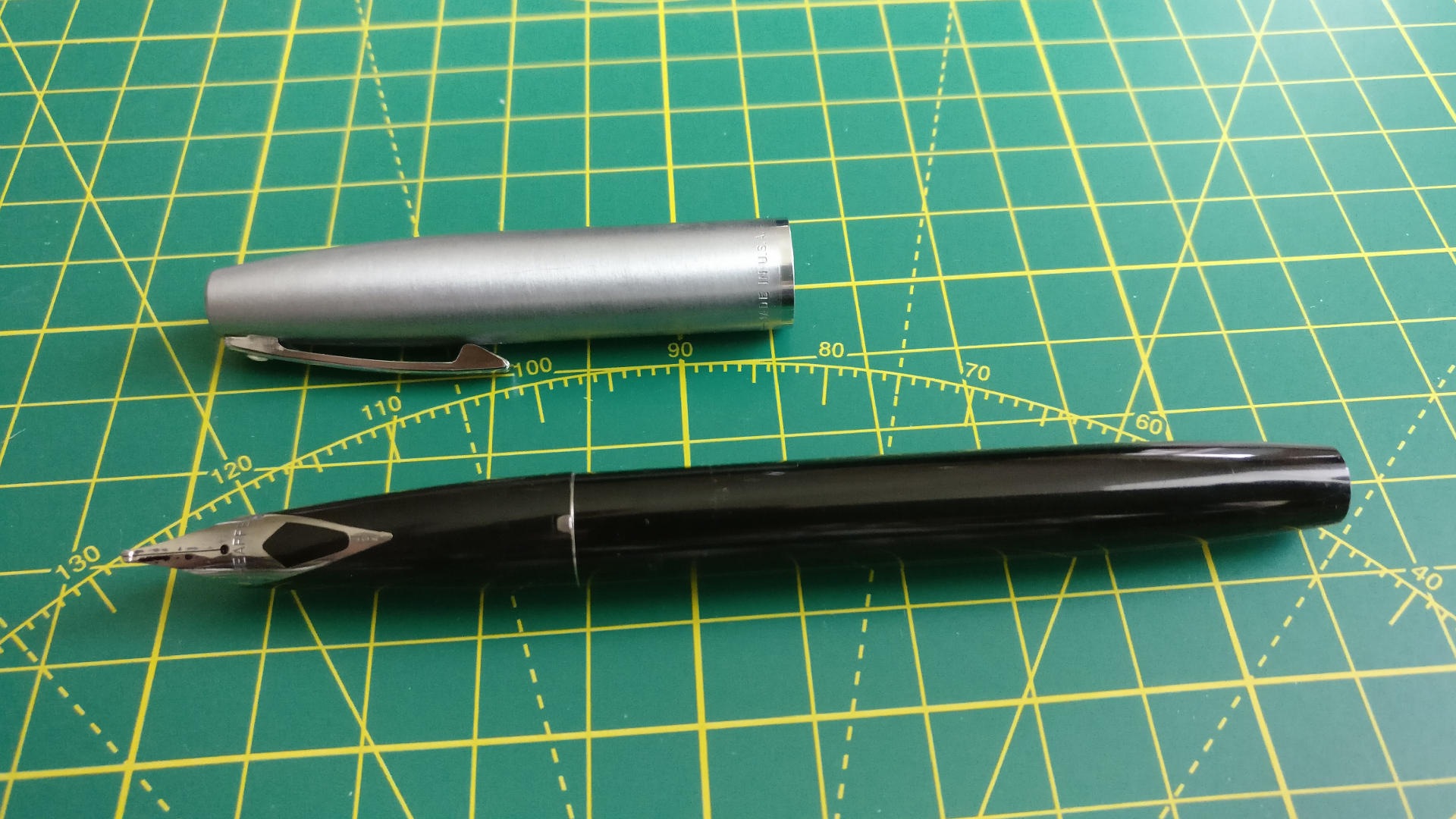 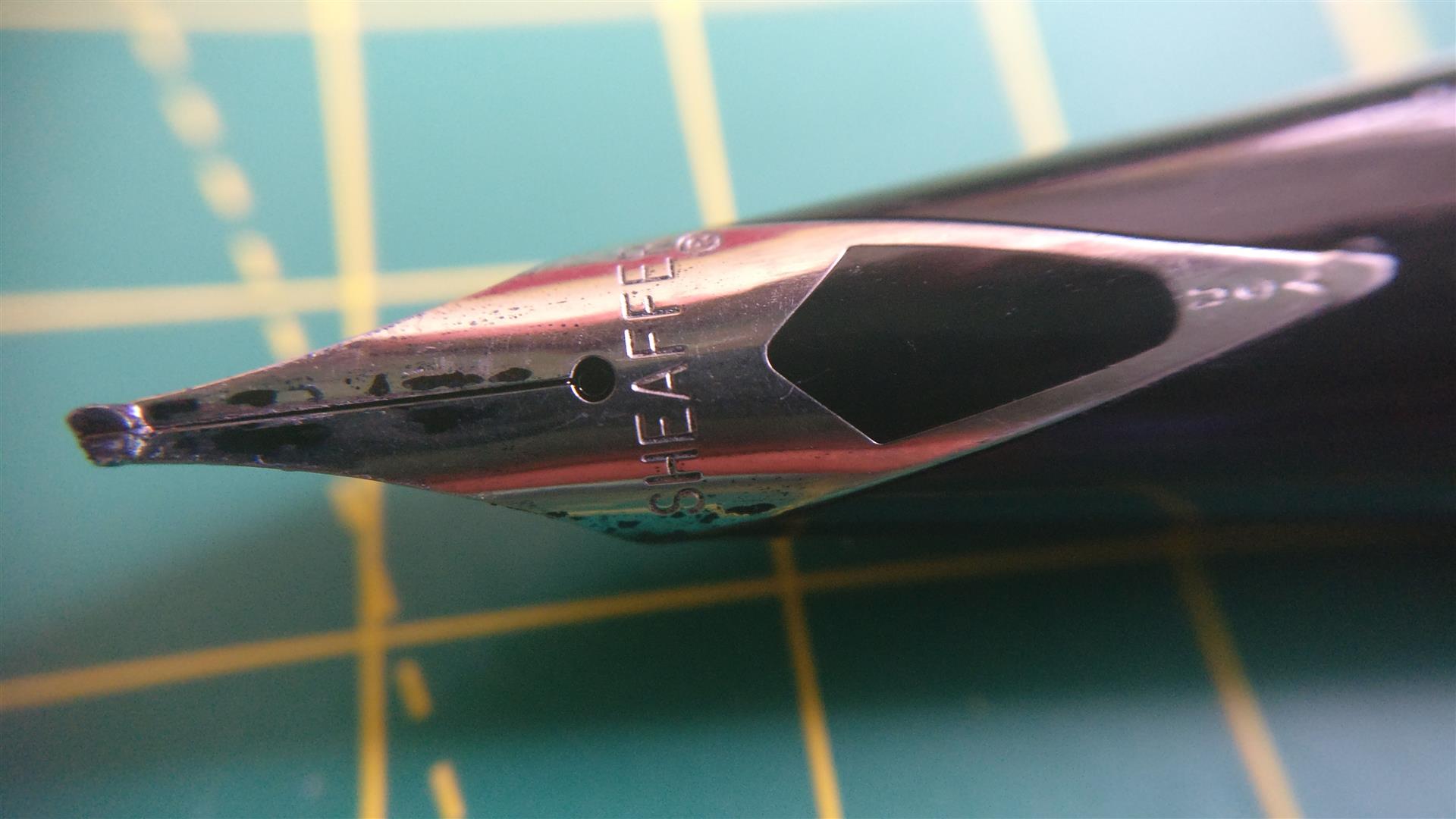 Having done a little research and read this primer on nibs it would appear this is a left foot oblique nib, which is apparently very rare for this pen. The 30° slant suggests it might have been intended for a left-hander.

I then did a lot more research in order to try to determine what it was. The inlaid nib means it is in the Imperial or quasi-Imperial range. The “short diamond” inlay nib with rounded tip to the long edge of the cutout was going to be key to identifying it. That ruled out the PFM (Pen For Men) 1959-c1968 and the Imperial 1961-c1998, as they both have the “long diamond” nib, and it’s not a Lifetime as it doesn’t have “Lifetime” on the clip. It’s also not a Triumph as that had a V / Arrowhead cutout to the inlay nib, rather than a diamond one.

This site seemed to imply the Sheaffer Imperial Cartridge c1970-1975 but the description was rather vague and light on information.

This site makes me think it’s the Model 440 (a “quasi-Imperial”) but other sites confusingly show the 440 as having the Arrowhead cutout. But certainly from the pics in that link it is an exact match. And the more I googled the Sheaffer 440, the more convinced I was that this is what I have.

For example, this link shows a pen just like mine, and even the 130mm length quoted matches my pen. Likewise this link

So, on balance of probabilities, it’s almost certainly 440, which is a pen dating from the 1970’s. So far I have not been able to find the exact production dates.

One thought on “Sheaffer 440 fountain pen”