Now, I could have googled how to do it properly, but instead I decided to wing it and just work it out myself.

I chose two quarter pound beef burgers from the Tesco Finest range, and flattened them out with the palm of my hand. 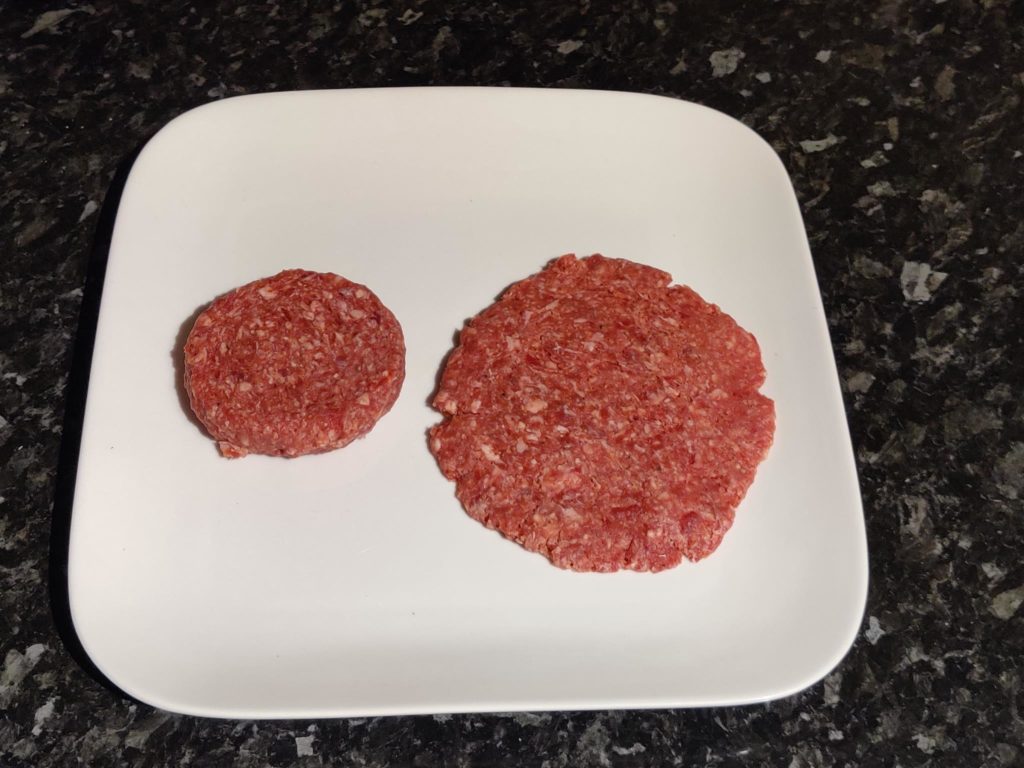 Next I took a slice of Leerdammer Light, folded it up, and placed it on one of the patties. 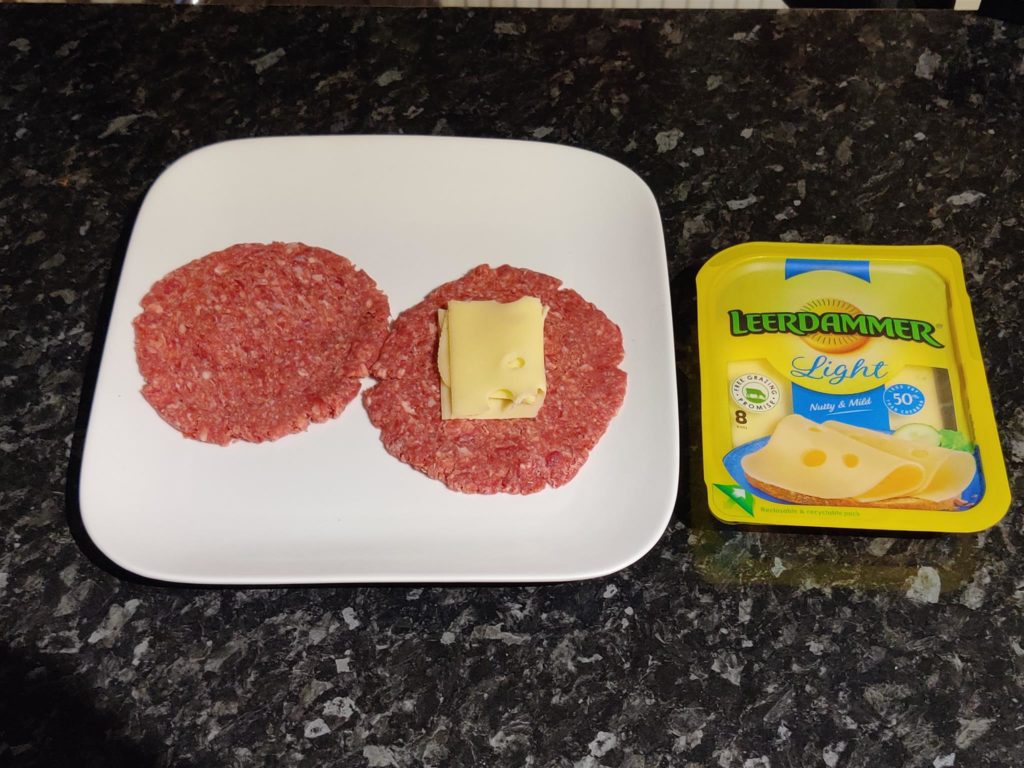 Then I laid the other patty on top, and pinched and formed the edges to seal it into one half pound patty.

Since I like mushrooms with my burger, I sliced some mushrooms in order to sauté them. No badgers were involved though. 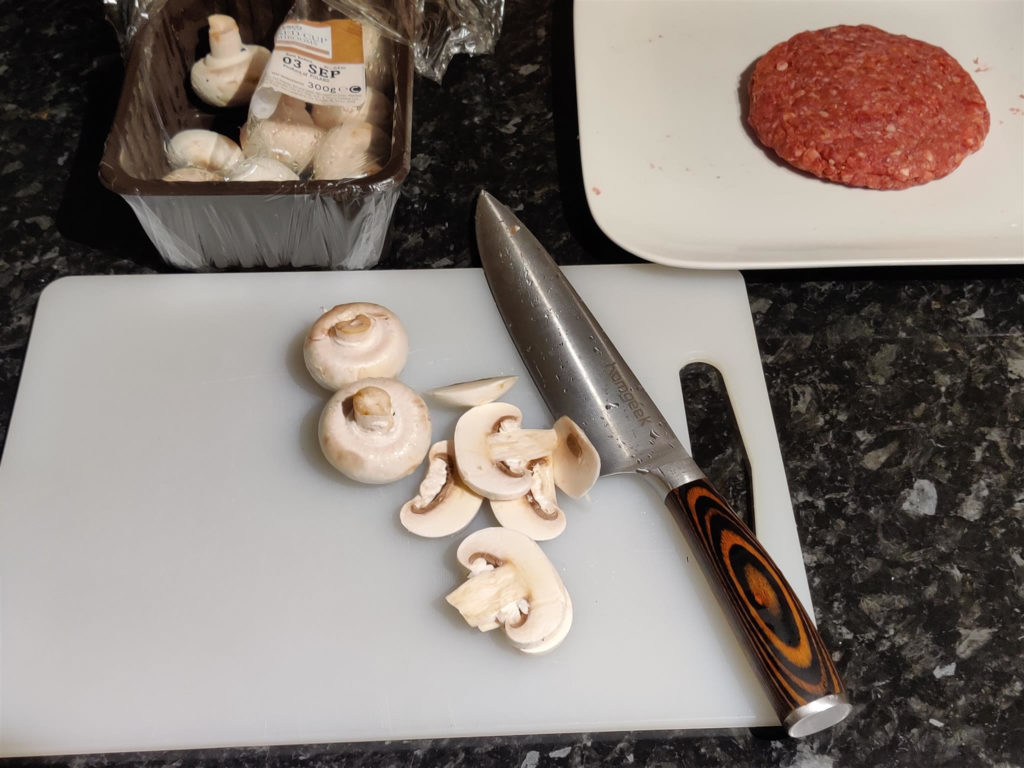 For condiments, I used Hellmann’s Chunky Burger Sauce, Heinz tomato ketchup, and I would also be adding some plastic cheese. For the burger bun, I would be using one of Tesco’s Brioche burger buns. 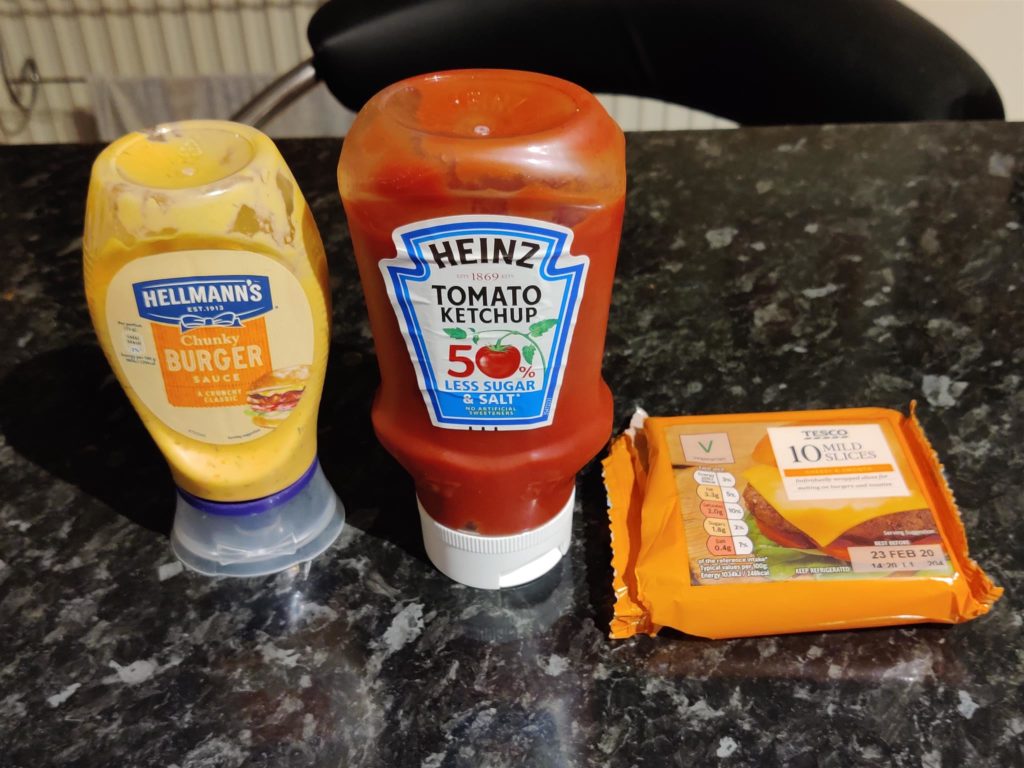 I grilled the burger, and when it was almost done I put two slices of plastic cheese on top, and I also toasted the bun.

Once the bun was toasted, I put some of the Hellman’s Chunky Burger sauce on the bottom layer of the bun. 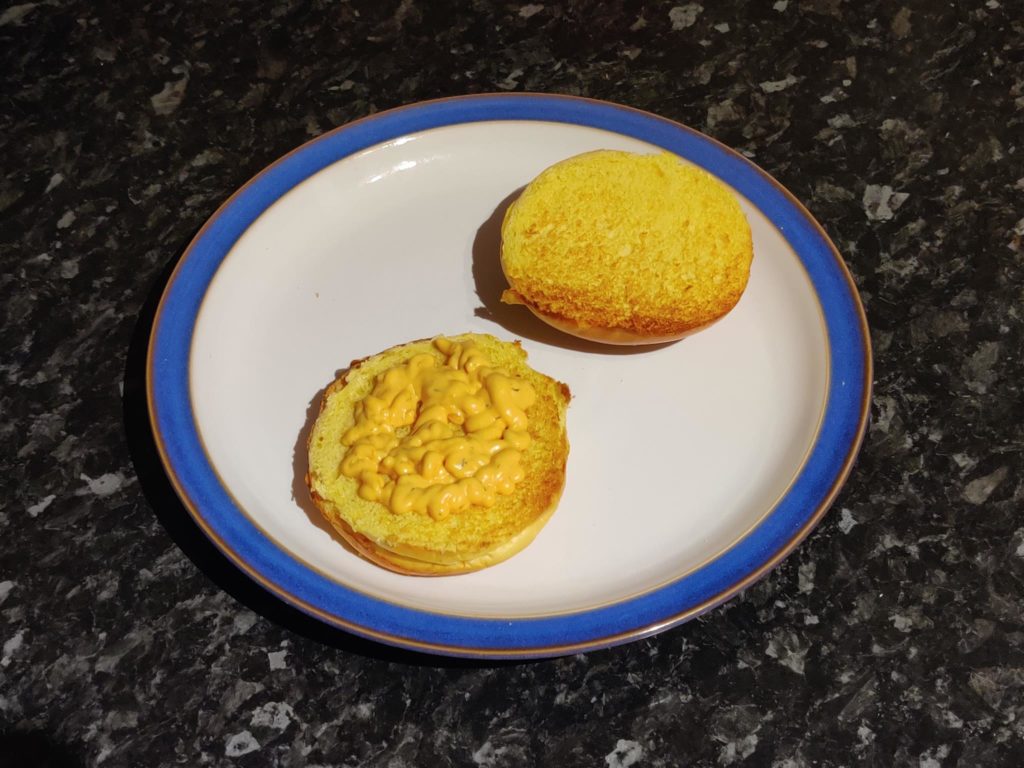 Then the burger went on top. 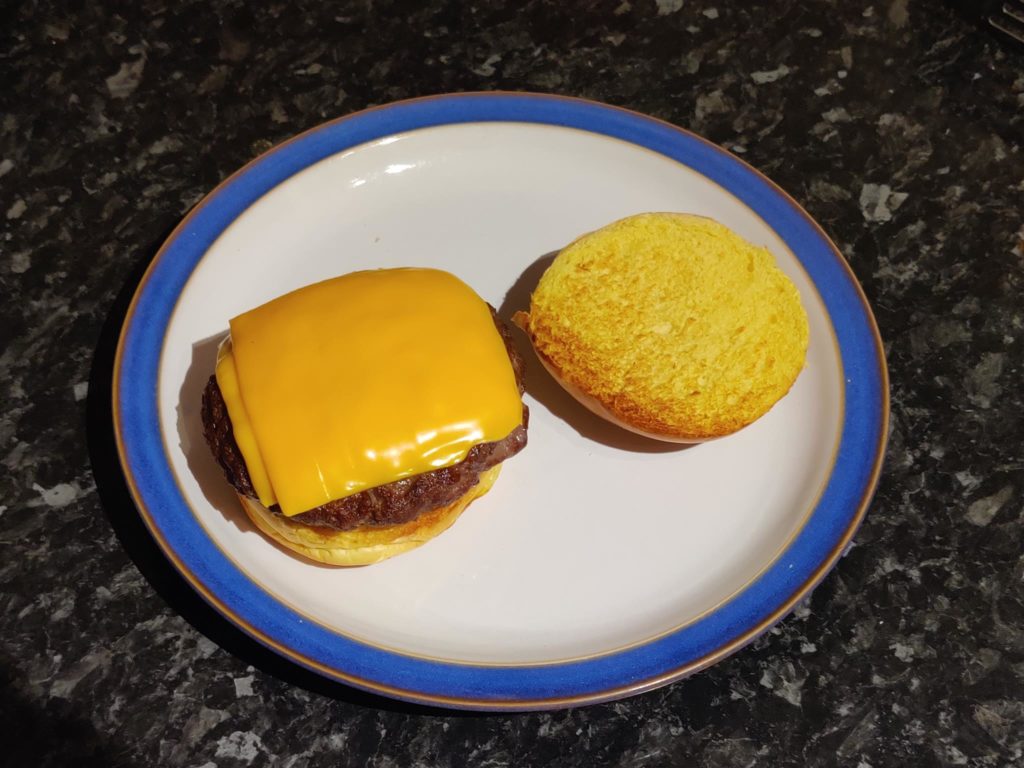 Next was some ketchup, and the mushrooms. 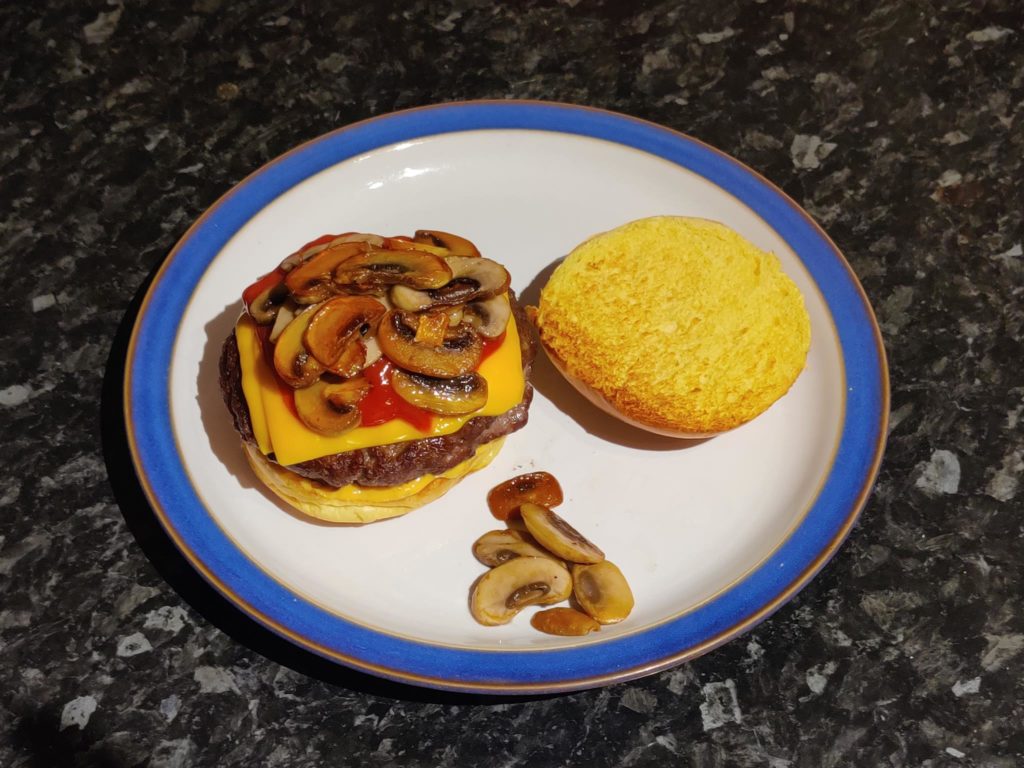 Then some iceberg lettuce. 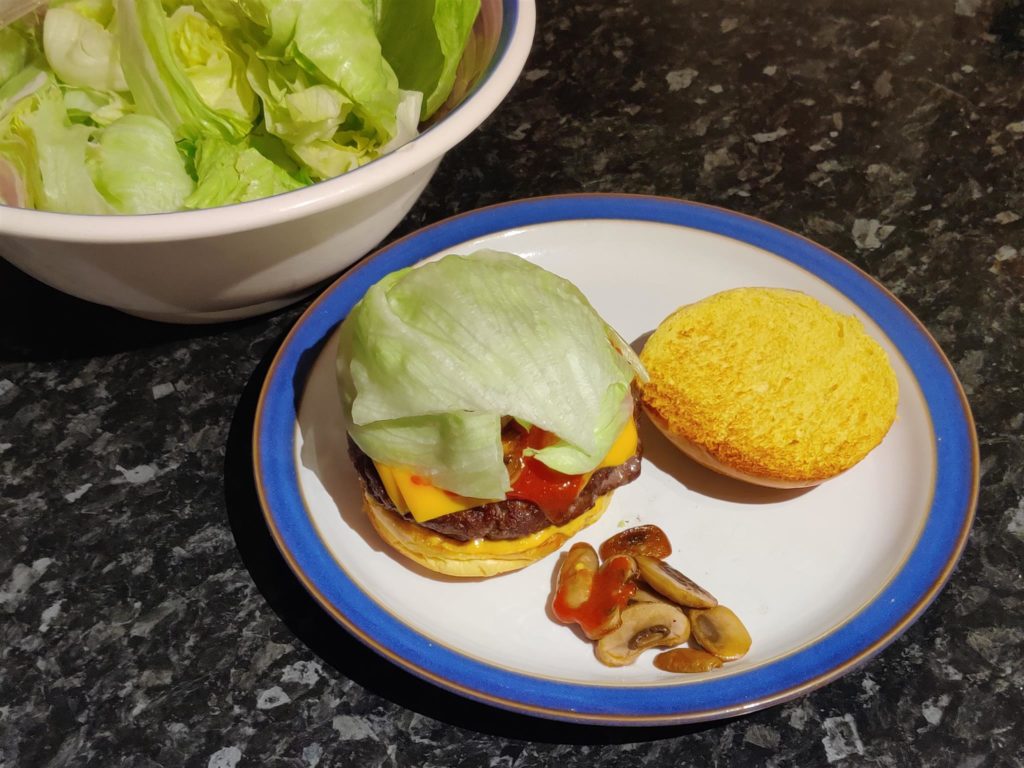 Then I served with some oven chips. 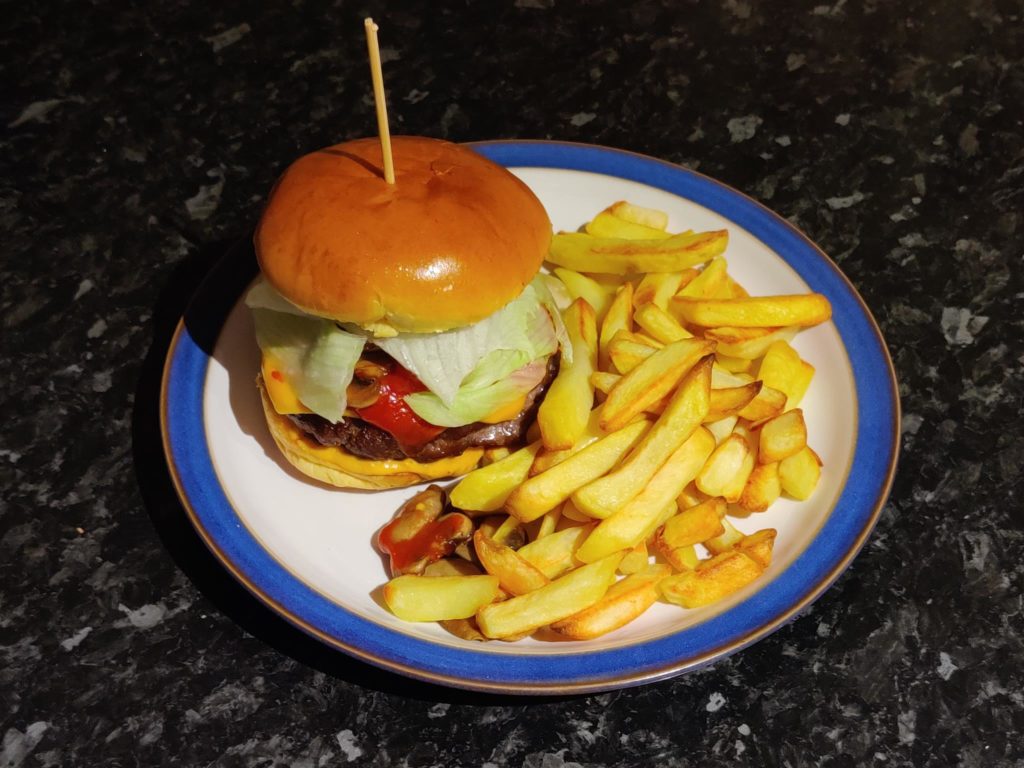 I put all the ingredients into MyFitnessPal and it came out at 1,320 kCals. Which is about what I expected. So not something you would want to eat every day, but not excessive. 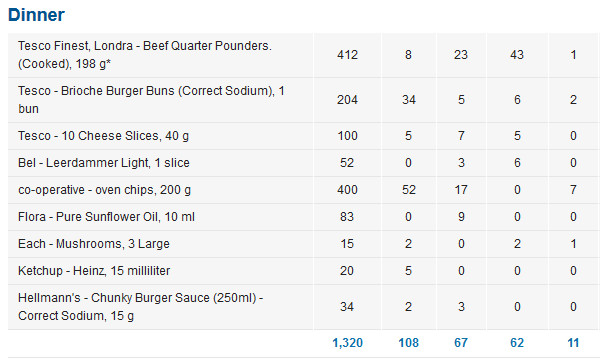 The burger was very tasty and juicy. I don’t think I fully recreated the Juicy Lucy but I certainly succeeded in making a tasty burger.